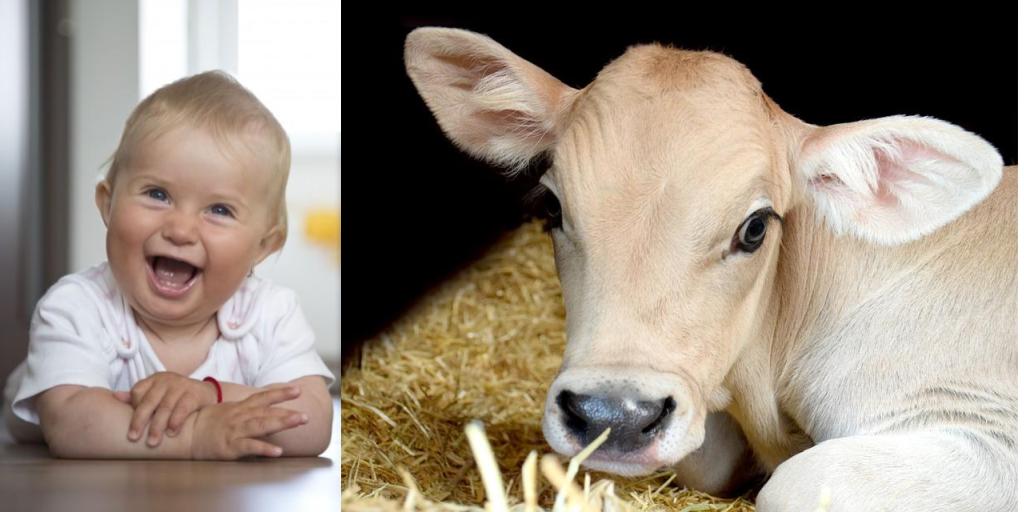 New research has revealed that young cows have striking emotional similarities with children.

Research from the University of British Columbia found that, similar to human children, calves can be naturally optimistic or pessimistic – which impacts how they cope with stress.

During the study, calves categorised as pessimistic by personality tests were far more likely to show strong reactions to stressors later in life.

Researchers argued the results, which were published last month in Scientific Reports, have implications for animal welfare due to links between the cows’ characteristics and those seen in humans.

Optimism is known to be a major predictor in how well humans deal with stress, and the trait also carries implications for our social lives and mental health.

During the research, personality tests identified the cows as pessimistic, optimistic, fearful or sociable when they were between 25-50 days old.

Four months later they were transported from one barn to another to test how they dealt with the stressful conditions.

Cows identified as pessimistic showed more signs of stress, such as being more vocal and having high eye temperatures.

The study is thought to be one of the first of its kind by looking at optimism and pessimism in another species.

Personality traits have often been studied across a species or herd, but researchers explained that individual differences in animal welfare are important to consider, as some calves will be more vulnerable than others.

Benjamin Lecorps, a PhD student in the University’s animal welfare program, told CTV News: “In humans, we know that personality traits can really affect how people cope with stress, cope with challenges or even [affect] their social lives and so on. We really wondered if it was applicable to animals as well.

“If we have animals that are more vulnerable to stress, it’s likely that they are going to be more likely to be sick later in life or to not cope at all with the challenging situations they are subjected to in routine dairy farming.”

What do you think about the research? Tell us in the comments section below!