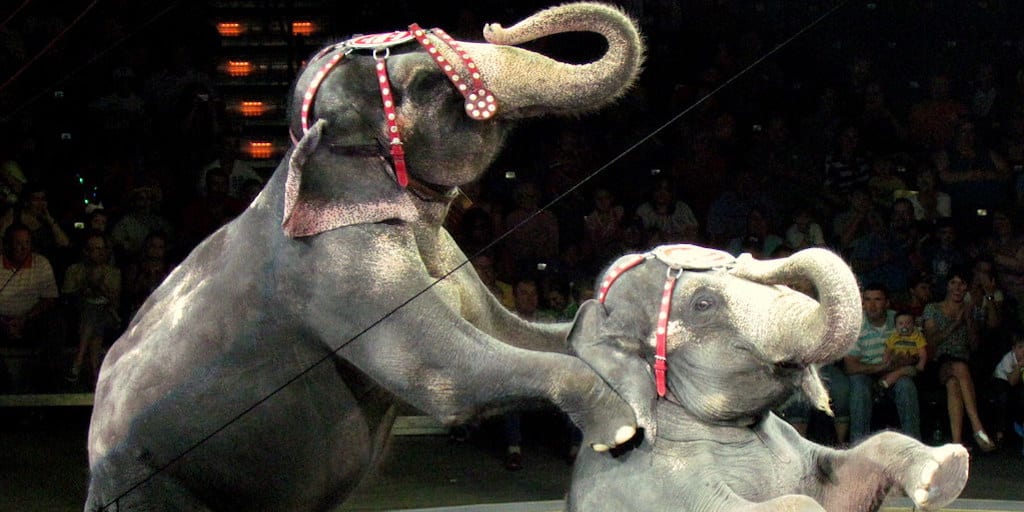 The UK has announced a new law which bans the use of wild animals in travelling circuses.

He said: “Travelling circuses are no place for wild animals in the 21st Century and I am pleased that this legislation will put an end to this practice for good.”

Animal welfare groups in the UK have been relentlessly petitioning for the change.

PETA made attempts to ban circus animals in 2011, 2014, 2016 and 2017, presenting petitions with thousands of signatures, and now the Government has finally taken notice.

The Government website explained the decision: “The use of wild animals in travelling circuses has no place in modern society and does nothing to further the conservation or our understanding of wild animals.”

Animals such as reindeer, zebras, racoons and macaws are routinely used in circuses in the UK.

In 2016 the RSPCA, Animal Justice Project, the Born Free Foundation, Animal Defenders International, Viva!, Animal Aid, and the Captive Animals’ Protection Society all joined PETA in a letter to the Government demanding action.

The ban has been expected for many years, and was originally promised in 2006.

Animal Welfare Minister David Rutley said: “I am pleased that today’s legislation will deliver on the ban that many welfare charities and parliamentarians have been calling for.

“The general public can still enjoy a trip to the circus, but it is good to know that wild animals will no longer be a part of that experience.”

What do you think of the ban on wild animals in travelling circuses? Tell us in the comments section below!