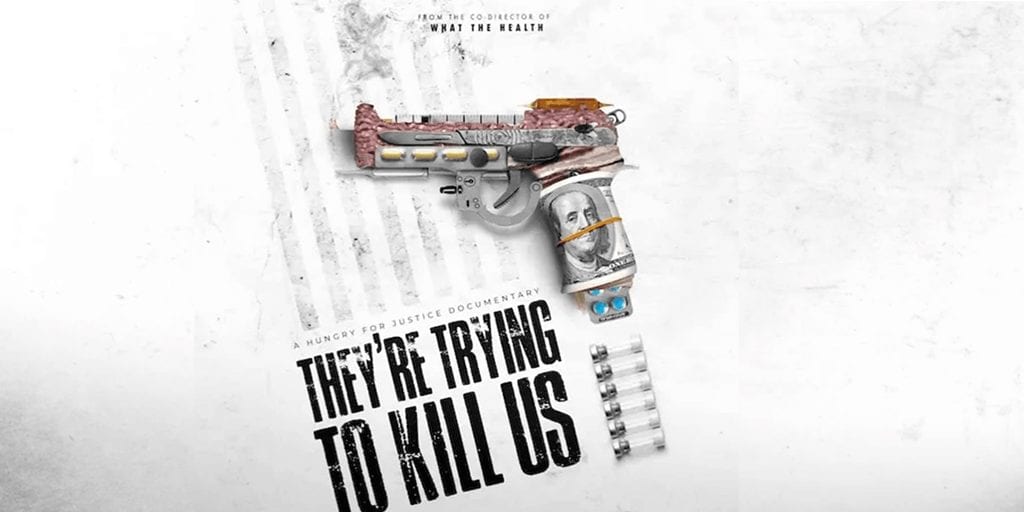 ‘We all need to come together so that the world is exposed to the truth and the information gets out there effectively, efficiently, with great entertainment value’

Filmmakers John Lewis (Badass Vegan, Vegan Smart) and Keegan Kuhn (Conspiracy, What The Health) have collaborated for this new groundbreaking documentary that focuses on “connecting the dots between diet, disease, poverty, systemic racism and industry collusion.”

The new vegan film They’re Trying to Kill Us is a sequel to the award-winning film What The Health and will follow co-director John Lewis as he unravels the truth to why people of color suffer from disproportionately higher rates of chronic disease than their European American counterparts.

According to the filmmakers: “The aim of the film is to encourage critical thought about justice by highlighting Hip Hop artists and activists who speak about injustice in all its forms. The film addresses food access and food deserts, nutritional and environmental racism, diet-related diseases, racial disparities of disease, government corruption, animal cruelty, climate change and ultimately how the influence of Hip Hop will save the world.”

The filmmakers are seeking public support and have launched an Indiegogo campaign to raise $108000 required to promote the film with a bigger marketing campaign, raise awareness about it and make it more accessible to a wider audience by translating it to 20 languages and more.

“The challenge of producing this film is that we must have the support of the community to ensure that this film, and message, gets to reach the actualization of creating massive transformation to the global society,” said the filmmakers.

“We all need to come together to make this a communal film, so that the world is exposed to the truth and the information gets out there effectively, efficiently, with great entertainment value.”

Share this story to help ‘They’re Trying to Kill Us’ get a bigger audience.