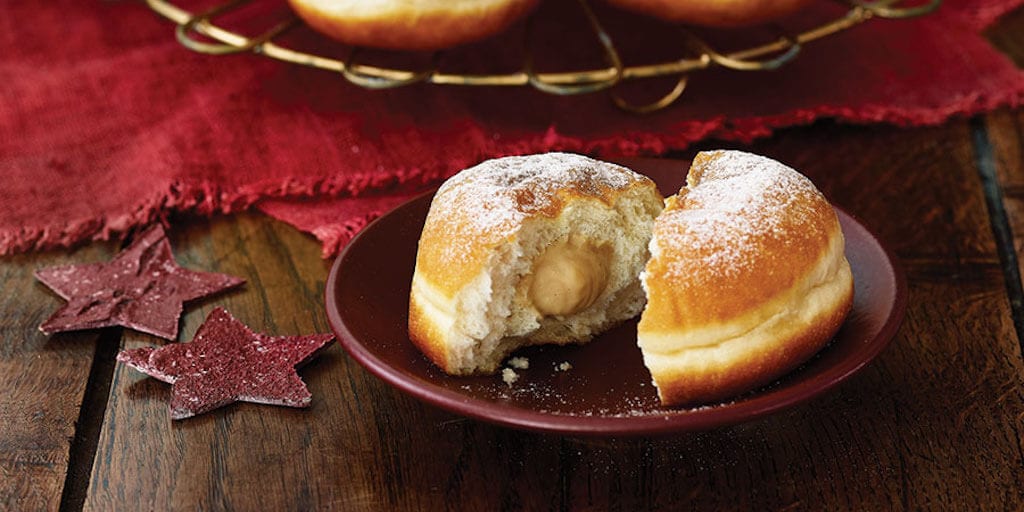 “Customers tell us our filled doughnuts are the best ‘accidentally vegan’ doughnuts they’ve found – so we’ve made sure that this recipe was no exception.”

Morrisons has launched a new limited-edition vegan Gingerbread Doughnut for the festive season.

The new recipe is a vegan version of the value supermarket’s famous gingerbread men and its renowned filled doughnuts.

The doughnuts have a fluffy moist outer sprinkled with a dusting of sugar. They contain a rich and comforting ginger cream custard – made from an intense blend of spices, cinnamon, nutmeg and star anise.

The vegan gingerbread Christmas doughnuts will be prepared fresh and from scratch daily by Morrisons craft skilled bakers. They are filled and sugared by hand.

The doughnuts come in packs of five and cost just 50p. They are now available in 400 Morrisons stores across the UK

Morrisons has also unveiled a whole host of vegan-friendly items in the run up to Christmas this year, including, Tempura No-Prawns and No-Duck Spring Rolls. This selection features meat-free prawns and duck rolls made from jackfruit in tempura batter.

The Beefless Wellington is filled with a cranberry, apricot and chestnut duxelle with a wholegrain mustard melt centre all wrapped up in crisp golden puff pastry

According to reports, the supermarket’s new Vegan Trifle made with strawberry sauce and boudoir biscuits layered with vanilla custard and vegan cream is the best tasting vegan trifle out there.

Share this story to let others know about the new vegan treats at Morrisons.