Vegans share pictures of their most disappointing in-flight meals 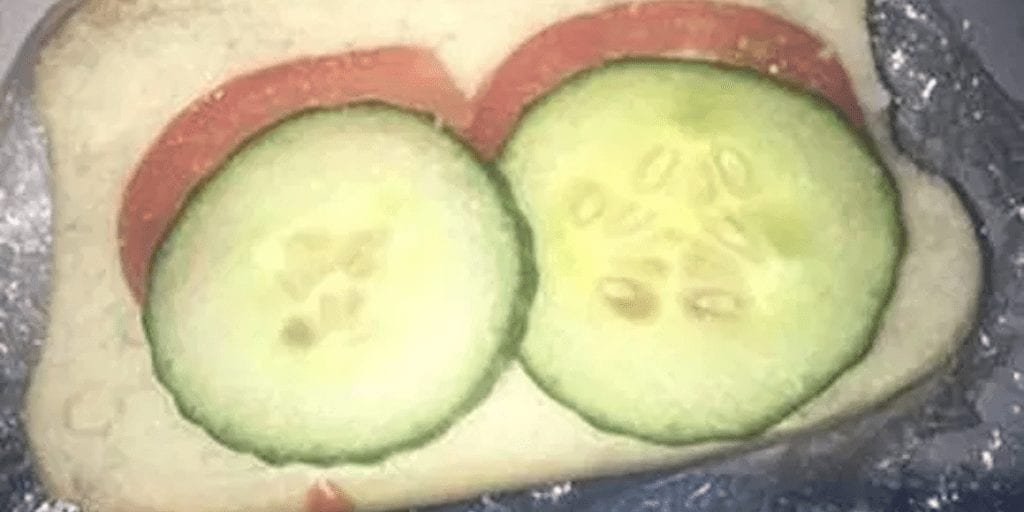 Many vegans will be all-too-familiar with pathetic airline food offers. If you’re fortunate enough to be given anything at all, rather than having to rely on airport crisps and nuts, it’s generally not worth holding your breath for anything remotely passable or nutritious.

But as veganism accelerates in popularity, the plant-based community has had enough of putting up with a sub-standard meal.

The Vegan Society has joined forces with Humane Society International to create FlyVe, a site which allows vegans to share reviews of their meals to help drive a campaign for airlines to up their game.

FlyVe also demands airlines offer vegan meals as a standard rather than requiring vegans to order in advance.

Charlie Huson, Forward Food Campaign Manager at Humane Society International/UK, said: “There are compelling animal welfare, environmental and human health benefits from eating plant-based foods, so it’s something that everyone – not just vegans – should be enabled to do.

“Unfortunately, many airlines are still offering the choice of ‘chicken or beef’, and in doing so failing to serve their fast-growing number of vegan customers and missing the opportunity to make animal and planet-friendly vegan options a choice accessible to everyone.”

FlyVe has released a selection of some of the worst vegan in-flight meals reported on the app.

‘Main meal was plain rice, peppers and onions with a side salad… disappointing. Got served BUTTER twice. ‘Had a poor vegan snack of a cucumber and tomato sandwich, no spread or anything. ‘Breakfast was a banana, bagel, jam and juice, no vegan margarine and no soya milk or milk alternative which was especially disappointing especially with the fact Starbucks are partnered with Delta.’

‘Disappointed by my “vegan” breakfast that wasn’t actually vegan (honey oat bar). ‘Also, would love Norwegian to realise vegans can eat more than just fruit! There are plenty of vegan options these days and I was disappointed by their reliance on fruit to cater for vegan meals.’

‘The vegan food was absolutely tasteless and I do not know how it held together because it had no texture at all. ‘So on my way back I decided to have a fruit meal instead and this was even worse! It consisted of two unripe plums, bun, butter and bottle of water!

‘Since when are bun and butter considered to be fruits? And this was supposed to cover half of the 10-hours flight…’

‘We informed the airline in advance that we were vegan and were told there would be a vegan option. It was a 10 hour flight with a short change over in Istanbul. ‘There was no vegan option on either leg, nor any time to buy food during the change over as we ran from one side of the airport to the other and just about made our flight. ‘On the first leg (Manchester to Istanbul) we received one apple and one banana to share between the two of us. ‘On the second leg we received the same again, and asked for a bread roll too. We were given a bread roll to share and told we were “very lucky”. I would hate to hear how “unlucky” passengers are fed…’

‘Flew economy from London Gatwick to New York JFK 9th – 13th May 2019. We booked vegan meals at the time of booking but on the flight to be told they weren’t there (in fact they said we weren’t even on the passenger list, despite the fact that we obviously had boarding cards – not terribly confidence inspiring). ‘Attached is a picture of what they came up with, for our evening meal – banana, apple, orange and a packet of crisps.’

‘Flew from Barcelona-Montreal on Air Canada rouge, the vegan option was sad. Unappealing and unappetising. ‘Plain rice, steamed carrots, string beans and some grilled tomatoes. White (stale) bread roll with margarine. Dessert was fruit slices if I remember correctly. ‘Bring your own food. On the plus side at least it didn’t cost anything, but they did charge for all alcohol.’

‘The meal was a gruel-like yellow rice mush (maybe supposed to be risotto?) mixed with sweetcorn, tomato and some chewy bits of asparagus. The salad was provided with dressing which was nice and the fruit seemed fresh but the bread roll was hard on the inside and stale. ‘I’m sure it wouldn’t be hard to do better than this! ‘Later when we were given breakfast I was only offered a non-vegan muffin with no explanation as to why a vegan option wasn’t provided.’

‘The main lunch provided on my flight was barely edible – undercooked (15 pieces of) pasta, with a smattering of tomato sauce and a couple of limp vegetables. ‘Later when the other passengers got an afternoon tea snack, I was offered the same dry onion-y salad and under-ripe fruit bowl that I had been given alongside my lunch previously.’

What’s the worst in-flight meal you’ve ever had? Share your experiences in teh comments section below!