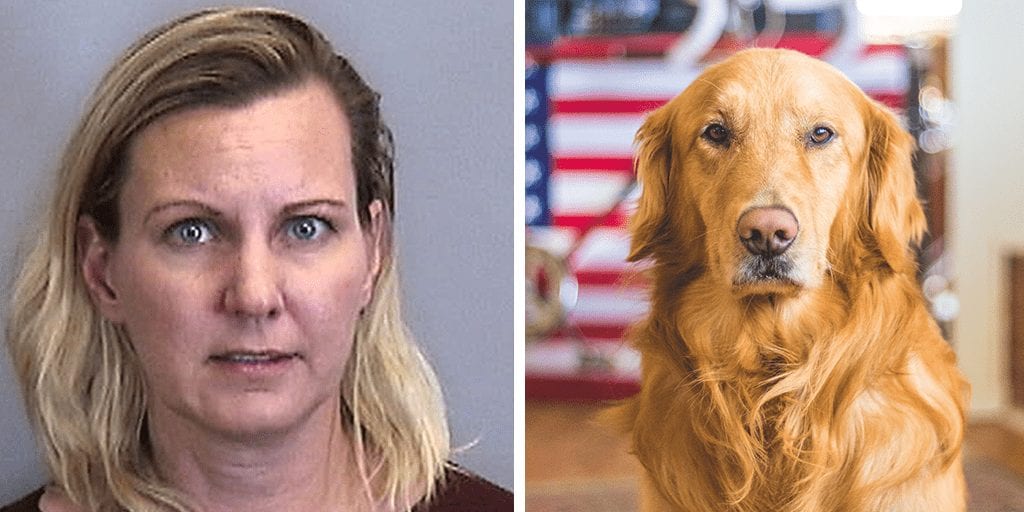 A woman has been charged with animal cruelty after being accused of a horrific abuse of her pet dog.

The Florida woman has allegedly drowned her dog because it would not stop barking, leading to furious outcry from animal lovers.

Margaret Kinsella, 43, was arrested on December 17 following an alleged incident at her home on November 5 in Bradenton.

According to officials at Manatee County Sheriff’s Office, a maintenance worker was visiting her home to fix an air conditioner.

The worker reported seeing Kinsella taking the Labrador out for a walk, and said she returned, went to the bathroom and shut the door.

An arrest report seen by WWSB then details horrific alleged abuse. The worker reported that he heard screams coming from the bathroom leading him to ask if Kinsella needed help.

She refused his offer, and he then reported hearing even louder screams soon after. He then told officials he opened the door and saw the helpless animal floating dead in the bathtub.

Authorities said they interviewed Kinsella and that she admitted to purposefully killing the Labrador.

The report from police suggests Kinsella was not adequately caring for her dog, as they claim she said she couldn’t bare the dog’s constant barking, and also reported it had bitten her in the past.

Police said Kinsella had been struggling throughout the year following the death of her husband.

She was taken to Manatee Memorial Hospital and evaluated under the Baker Act, and then arrested on December 17 and charged with animal cruelty – a third degree felony.

The Baker Act allows for involuntary institutionalization and examination of individuals, which can be initiated by judges, law enforcement officials, physicians, or mental health professionals.

There must be evidence that the person possibly has a mental illness or is in danger of becoming a harm to self, harm to others, or is self neglectful.

What measures should be taken to protect pets from animal abuse? Share your thoughts in the comments section below!