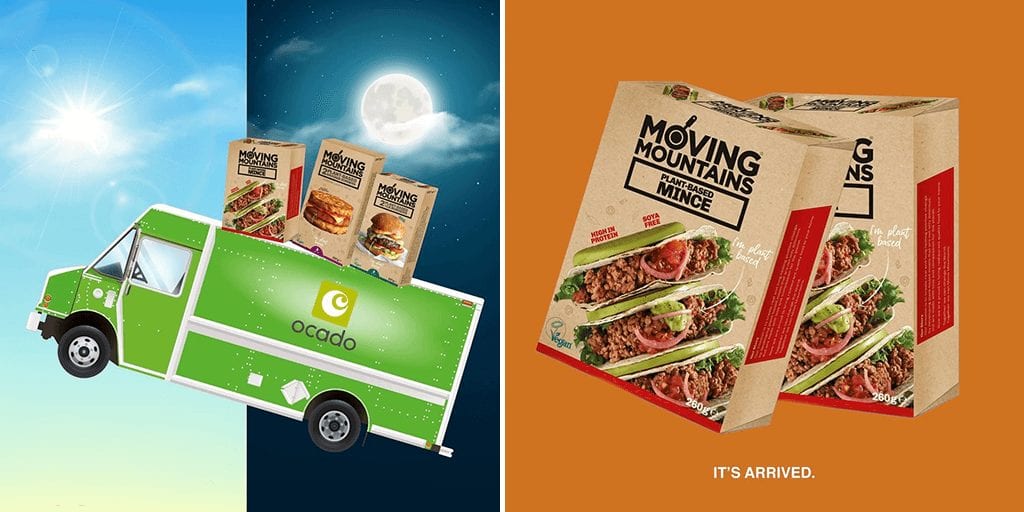 ‘You asked, we listened. You wanted our plant-based burger at home, so that’s exactly what you’ll get!’

Plant-based company Moving Mountains has partnered with UK supermarket Ocado to launch its meat-free burgers so that customers can cook the delectable products in the comfort of their own homes.

The highly acclaimed burgers were only available at restaurants across the country until now.

Posting the news on Instagram, the plant-based company wrote: “You asked, we listened. You wanted our plant-based Burger at home, so that’s exactly what you’ll get!”

The group added in another post that customers will also be able to purchase other Moving Mountain products including its new Mince as well as sausage burgers at Ocado.

“For the first time ever, you can now cook our Burger in the comfort of your own home,” the brand wrote.

“What’s more, you can also buy our new Mince as well as our Sausage Burgers – happy ordering!”

The burger is priced at £4.50, and customers can get an additional a 20% discount in July.

The ‘bleeding’ burger was created in 2018 after the team spent three years to crack the 100% plant-based recipe.

The burger uses simple and natural ingredients including coconut oil, potatoes, mushrooms, wheat and soy proteins and incredible scientific processes to mimic the flavour and texture of animal meat.

Describing the new Mince product, the company wrote: “Made with all-natural ingredients the Moving Mountains Mince provides the same meaty taste, texture and versatility of beef mince. Shape it into burgers, stuff it into tacos or use in a classic Spaghetti Bolognese.”

A number of food companies and supermarkets have launched new plant-based products to cater to the rapidly growing market.

In May, supermarket Aldi launched its own version of No Steak Bake launch similar to Greggs launch of its version in January.

Announcing the new product at the time, the retailer said: “In an Aldi first, the supermarket is bringing the infamous bakery shop favourite- the vegan steak bake- to stores near you.”

“The end result is so delicious; you definitely won’t miss the real thing.”

Share this news to let others know of the new exciting plant-based product launches.