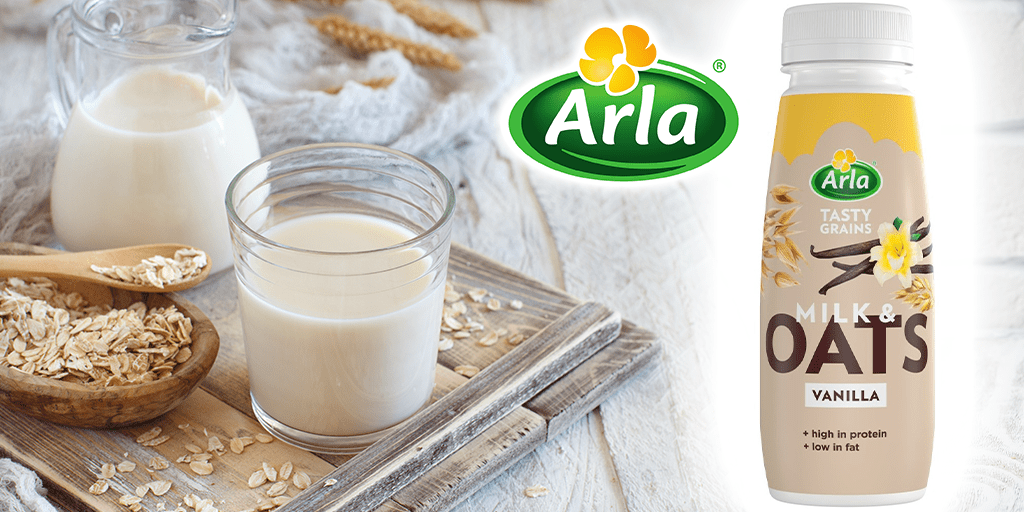 Leveraging its knowledge and expertise within the industry, Arla- the largest dairy processor in Scandinavia has launched a new brand JÖRĐ which the company will develop to offer an entire selection of plant-based food products in the near future.

For now, JÖRĐ will offer three new oat-based drinks that are “natural and pure made with only four or five ingredients from the Nordic region.”

While JÖRĐ Oat is a pure oat drink with a fresh and pure taste, JÖRĐ Barley has a delicate sweetness from organic barley, and JÖRĐ Hemp has an oat base balanced with the subtle nuttiness of organic hemp.

The Denmark based company added that “the oat-drinks contain up to 50 percent more oat compared to competing products.”

Arla announced the drinks would launch in Denmark, the U.K., and Sweden, initially to meet growing consumer demand in the region.

“More and more European consumers are looking towards plant-based products. And we know that consumers are enjoying dairy and plant-based drinks side by side,” said Hanne Søndergaard, Executive Vice President for Arla’s Global Marketing and Innovation, in a statement.

‘Too great to resist’

Søndergaard added the company was looking at becoming a significant market player in the coming years with their exclusive plant-based line up as they “have the willingness and the capability to serve what the consumers desire-both in the dairy and plant-based categories.”

However, GlobalData food analyst Andy Coyne said the multinational dairy cooperative has only entered the market because it could no longer afford to ignore the burgeoning trend.

“Arla Foods’ newly-announced move into the plant-based dairy category begs the question of why it has taken the Denmark-based cooperative so long to wake up and smell the oat milk,” he said.

“Only getting involved now in such a fast-moving category as dairy alternatives suggests a certain reluctance on Arla’s part to move away from its traditional dairy product range.

“Not that being a late adopter means it will be unsuccessful, of course. But the fact that it has made the move suggests that the appeal of the category was too great for it to resist any longer.

The fact that dairy alternatives have become a fast-moving category is corroborated by Mintel’s report released last year, which highlighted that the average person’s milk consumption in the UK dropped about 50% since the 1950s and with more people opting for plant-based milk, sales for oat milk surged more than 70%. Sales of coconut milk rose 16% and almond milk increased 10% over the same period.

Share this news to support the growing trend of new vegan product launches.