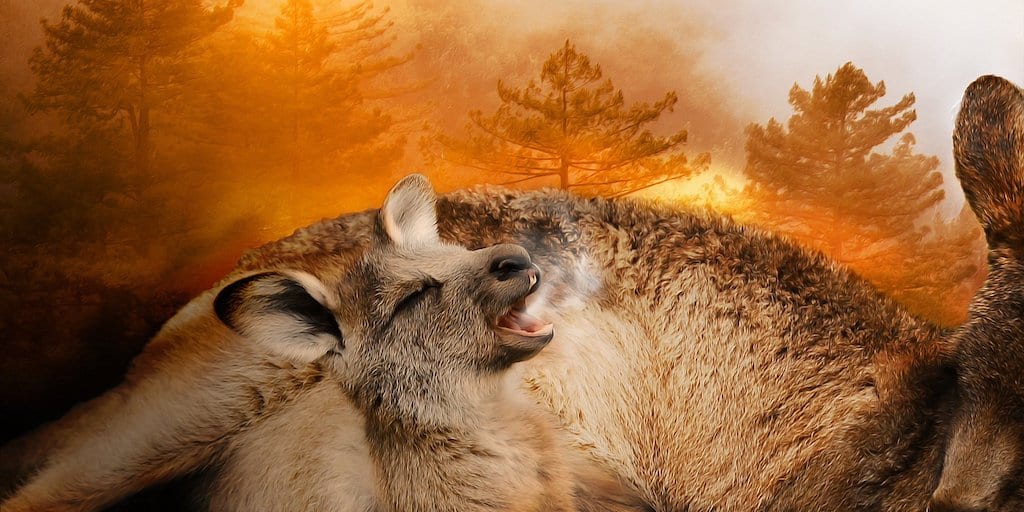 Kangaroo Island is one of Australia’s most iconic locations due to its thriving wildlife, but bushfires have devastated the island and left some areas beyond recognition.

Experts have described the impact of the bushfires as a ‘holocaust of destruction’ as a third of the island has been completely brought to ashes.

The Flinders Chase National Park houses koalas, kangaroos and many rare marsupials and birds, but much of the park has been destroyed and rare species severely impacted.

“Places like Kangaroo Island, where much of the landscape has been burnt in a really homogenous and extreme manner, that may mean some of the plant and animal species … may have been eliminated completely.

“Certainly, their population liability would have crashed for many of these species and their risk of extinction has been substantially increased.”

Woinarski went on to describe the devastation as a ‘holocaust of destruction’.

The bushfires have killed more than a billion animals to date – thought to be caused primarily by climate change.

But politicians have supported prime minister Scott Morrison’s record – and some have even suggested that climate change is not the cause.

Koalas have been one of the most affected species and are now being pushed close to extinction.

Kangaroo Island contains the only species of koala which is free from chlamydia.

Researchers reported that the bushfires’ impact on koala populations would be significant.

Kangaroo Island is also home to rare marsupials such as the dunnart – which is one of the top 10 priority species at risk of extinction.

At least 20 of the mouse-sized species died, having a devastating impact on their chances.

“They’re pretty small … and they just wouldn’t be able to escape the intense heat of the fire,” researchers told ABC.

“Now that they don’t have that habitat, they’re very vulnerable to predators that might be around, things like feral cats.

“Looking at some aerial imagery, it doesn’t bode well at this stage, unfortunately.”

Many rare birds have also been severely impacted by the blazes.

What action should be taken to prevent a repeat of the Australian bushfires? Share your thoughts in the comments section below!