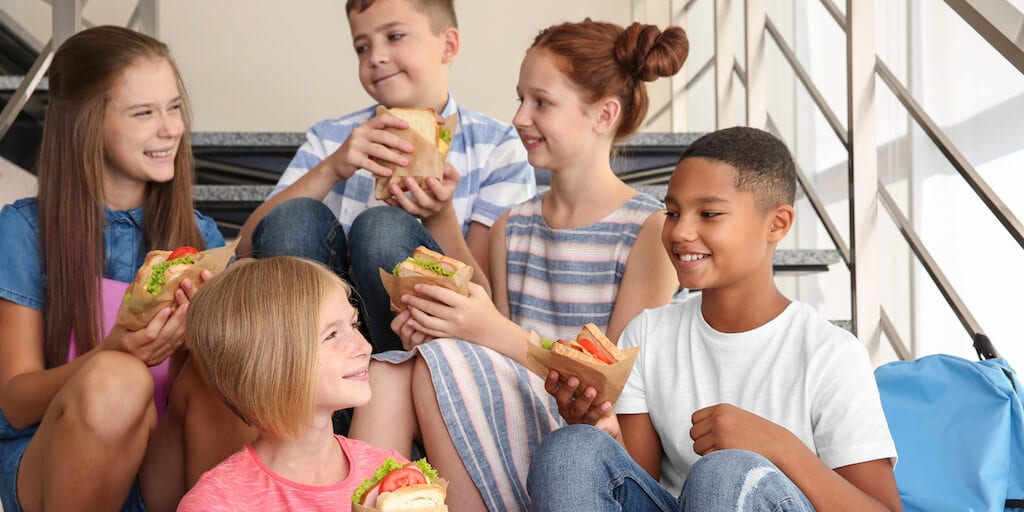 The study claims that children aged five to ten who eat plant-based diets are on average three centimetres shorter than those who eat meat.

A new study has claimed that children eating trendy vegan diets grow up shorter and with weaker bones.

According to research conducted by University College London’s Great Ormond Street Institute of Child Health, children aged five to ten who eat plant-based diets are on average three centimetres shorter than those who eat meat.

In addition, their bones are smaller and weaker increasing the risk of fractures or osteoporosis as they grow older.

The study examined 187 healthy five to ten-year-olds in Poland of which 63 children were vegetarians, 52 vegans and 72 omnivores.

Findings revealed that children on vegan diets were on average 1.2 inches (3cms) shorter. They also had 4-6% lower bone mineral levels and were more than three times likely to have lower vitamin B-12 than omnivores.

“We know that people are increasingly being drawn to plant-based diets for several reasons, including promoting animal welfare and reducing our impact on the climate,” lead author Professor Jonathan Wells, from UCL, said.

“We also know that until now research into the health impact of these diets on children has been largely limited to assessments of height and weight and conducted only in vegetarian children.

“Our study provides a substantial insight into the health outcomes in children following vegetarian and vegan diets.”

Professor Mary Fewtrell, a co-author of the study added: “Maximizing bone health in children is recommended with the aim of reducing future osteoporosis and fracture risk.

“We found that vegan children had lower bone mass even after accounting for their smaller body and bone size.

“This means they may enter adolescence, a phase when bone-specific nutrient needs are higher, with a bone deficit already established.

“If such deficits are caused by a diet that persists into adolescence, this might increase the risk of adverse bone outcomes later in life.”

The authors recommended supplementing vegan kids with vitamin B12 and vitamin D to offset the potential long-term health consequences of being raised on plant protein only.

While vegan kids seemingly had low scores on bone health matrices, they had a better cardiovascular risk profile and lower levels of body fat.

While comparing the diets of the vegetarian and vegan children, researchers found that vegans “had higher intakes of nutrients” and followed an ‘unprocessed’ type of plant-based diet, whereas vegetarian children were following a less healthy and a more processed type of diet with lesser levels of fibre and sugars compared to the vegans.

While wholesome nutrition is especially important during childhood as it’s a time of rapid growth and development, several experts have weighed in their opinion about the need for animal-sourced calcium and protein in kids for stronger bones in the future.

According to the nonprofit medical organization Physicians Committee for Responsible Medicine (PCRM), a vegan diet supplemented with vitamin B12 provides excellent nutrition for all stages of childhood, from birth through adolescence. Children who consume nutritious vegan diets not only grow up to be strong and healthy, but they also lower the risk of developing obesity, high cholesterol, hypertension, heart disease, and type 2 diabetes.

In addition, bone is a living tissue just like our hair, skin, and lungs. It is constantly being built, broken down, and replenished. The cycle is an ongoing process and is influenced by a variety of factors, including diet, exercise habits, hormones, genetics, and certain diseases.

According to the National Osteoporosis Foundation (NOF): “Every day, we lose calcium through our skin, nails, hair, sweat, urine, and faeces.

“That’s why it’s important to get enough calcium from the food we eat. When we don’t get the calcium our body needs, it is taken from our bones. This is fine once in a while, but if it happens too often, bones get weak and easier to break.”

Heather Russell, a dietitian at the Vegan Society- UK, said: “It’s certainly possible to look after your bones on a well-planned vegan diet, but people need information to make healthy choices.”