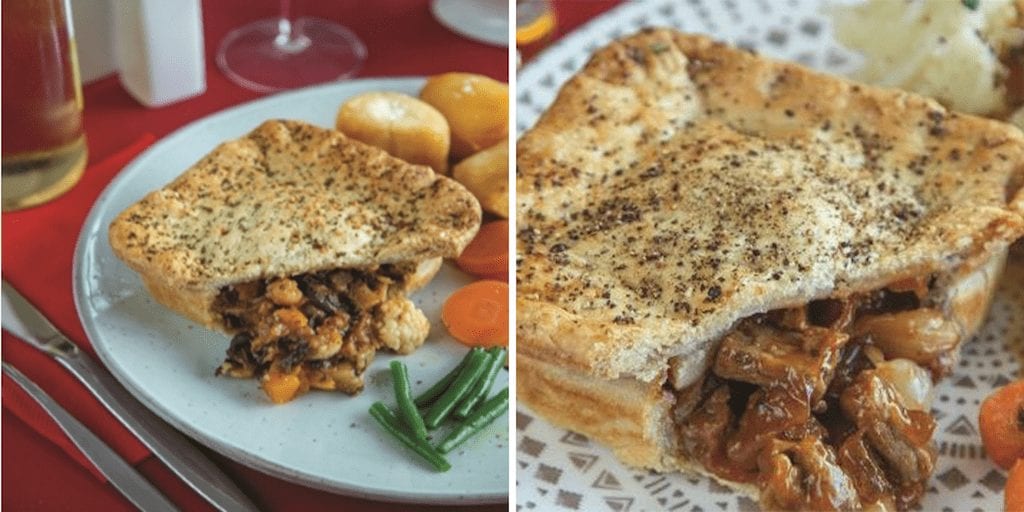 Each of these innovative recipes was awarded the coveted Gold Star at the 2019 awards, as judges marveled at Delice de France’s dedication.

With food trends in the UK witnessing a paradigm shift with more and more people choosing plant-based alternatives for health, environment, and ethical reasons, Paul Maxwell, Marketing Manager, Delice de France said: “The statistics speak for themselves; vegans and vegetarians look set to make up a quarter of the British population in 2025, with flexitarians – those who will regularly but not exclusively choose meat free options – making up just under half of all UK consumers.

“It’s crucial, therefore, that any viable plant-based options don’t represent a compromise. We’re confident that our vegan range, including these indulgent new pies, will be loved by everyone, no matter their dietary preference.

“I urge operators looking to capitalise on the ‘Veganuary Effect’ and carry on profiting into 2020, to get in touch today and try our class-leading range for themselves.”

Of the several vegan delicacies unveiled, the new vegan square pies for the company’s convenience channel hot food-to-go range are touted to be mass favourites.

“From Meat-Free Monday to the rise of Veganuary, plant-based diets have taken centre stage as consumers look to reduce or remove animal products from their diets. The growth of those interested in vegan or meat reduction diets looks set to continue, and with it there’s an increased expectation to see more vegan options widely available across all categories.”

Will you try the vegan options offered by Delice de France? Share your thoughts in the comments below!