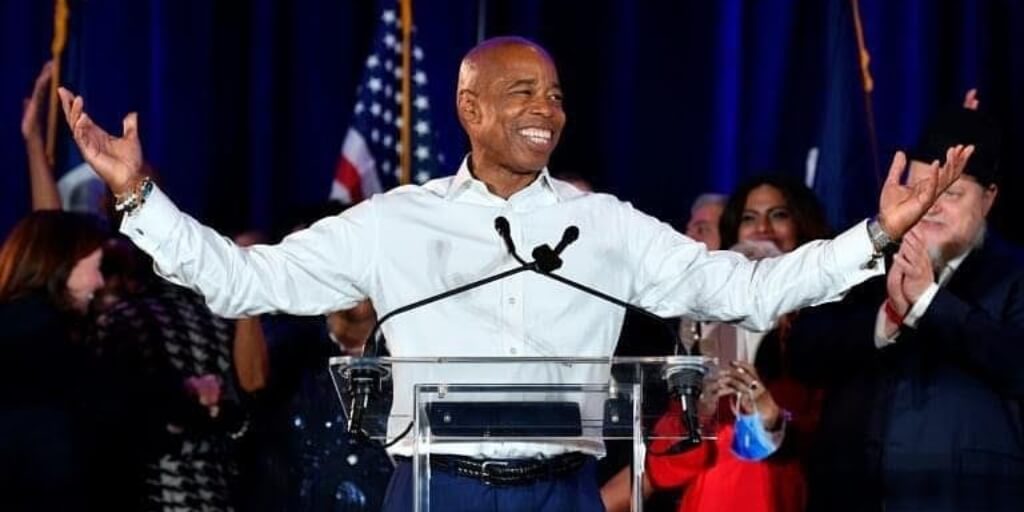 “Throughout the campaign, I’ve spoken repeatedly about my health journey. I am now committed to spreading that message and empowering New Yorkers in every zip code to lead a healthy lifestyle.”

The plant-based Democratic politician claimed victory after defeating his Republican opponent Curtis Sliwa on Tuesday (2 November ) with a 66% lead.

His campaign trail included messages of ensuring public safety in the wake of the Covid-19 crisis along with promises to support the working-class residents, as well as strike a balance between battling crime and ending racial injustice in law enforcement.

Adams, apart from being the first vegan mayor, is also only the second Black person to be elected New York mayor, after David Dinkins.

The 61-year-old, who went vegan in 2016 to tackle symptoms of Type 2 diabetes, is looking to in addition to supporting animal welfare issues like his peer Sliwa, also championing his plant-based perspective in his new role.

Adams celebrated his win with a Plant-Based Mayor’s Wrap at Marinello’s Gourmet Deli in Brooklyn.

“Throughout the campaign, I’ve spoken repeatedly about my health journey,” Adams said in a statement post the win.

“After adopting a plant-based diet, I was able to reverse my type 2 diabetes, which changed not only the trajectory of my life, but also my career as a public servant.

“I am now committed to spreading that message and empowering New Yorkers in every zip code to lead a healthy lifestyle.”

Earlier this year, he also authorised a $10,000 discretionary grant to support plant-based nutrition at the State University of New York (SUNY) Downstate College of Medicine.

Furthermore, he introduced Meatless Mondays at 15 schools in Brooklyn with then-mayor Bill de Blasio in 2019.

The same year, Adams also led Resolution 238, which called upon the Department of Education to remove processed meat such as bologna, pepperoni, and hot dogs from public school menus citywide.

“You’re not going to like it when you eat it, but long term, you’re going to see the benefits of it.”