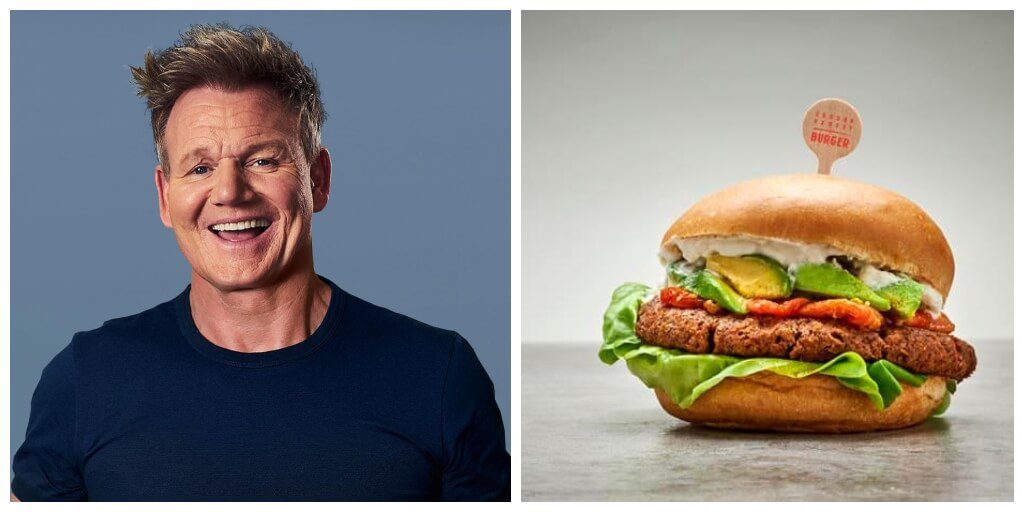 Once ‘allergic to vegans’, celebrity chef Gordon Ramsay admitted that, “Veganism is on the rise, so we’ve got to adapt and we just have to eat a slice of humble pie.”

Last week, Gordon Ramsay opened his first restaurant in Chicago and vegan burgers are a constant feature on the menu.

The Gordon Ramsay Burger, which has opened at the intersection of Ontario and State street, offers a menu of burgers, hot dogs, fries and other casual bites. However, the stars of the menu include a roster of eight signature butter-basted burgers, one of which is simply the Vegan Burger

Although there is only one vegan option, other burger options can be swapped for a plant-based patty for an additional $6.

Commenting on the launch of his first-ever Chicago restaurant, Ramsay said: “As a huge fan of Chicago and its food scene, it’s an honor to now have a restaurant in this amazing city.

“We can’t wait to serve Chicago residents our signature burger and some really delicious variations.”

Over time Ramsay’s love-hate relationship with veganism has seen winds of change.

While in 2018, he took to Twitter to say: “I’m a member of PETA! People eating tasty animals….” he had a change of heart just two months later.

“Veganism is on the rise, so we’ve got to adapt and we just have to eat a slice of humble pie,” he said at the time.

Earlier this year, in an interview with Delish, the chef, who was once ‘allergic to vegans’, described his plant-based journey.

The 54-year-old chef said he first entered the vegan scene around eight years ago.

While his kids were the initial catalyst for the shift in his personal choices, he slowly began to adapt plant-based dishes to his restaurants’ menus, too.

“From a restaurateur’s point of view, I could see a more creative demand for it [plant-based cooking]. So it keeps chefs on their toes,” he told the publication.

In the interim, he even struck a partnership with plant-based dairy brand Silk and became its ambassador for a new campaign promoting oat milk.

At the time, the celebrity revealed he ditched dairy and opted for oat milk to keep him fuelled while on-the-go.

“When I got to delve into the detail of what that movement meant, I had gone on to oat milk,” he said.

“With the sort of demanding times in my schedule, cutting dairy out of my diet on a day-to-day basis was absolutely crucial.”