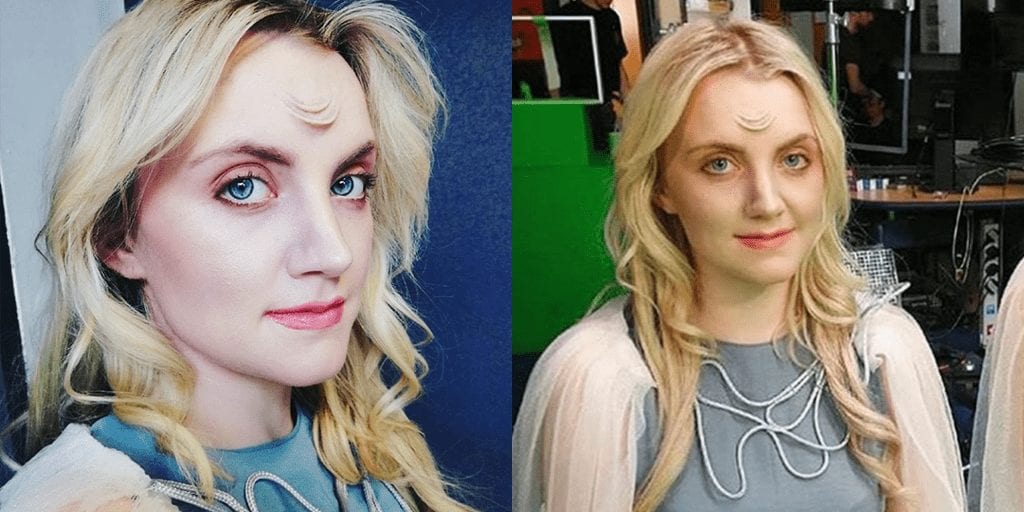 Vegan actress Evanna Lynch will star in a mysterious new vegan film titled ‘You Eat Other Animals’, but details of the new movie have been largely kept secret to date.

The Harry Potter star gave a sneak preview on her Instagram page showing striking makeup and costume for the movie.

She wrote: “My lewk for the vegan short film ‘You Eat Other Animals’ playing an alien queen who abducts two earthlings Hair, makeup and prosthetics by the super talented @tabithalimakeup The film will be out later this year, will keep you posted 🙂 #YouEatOtherAnimals”

London-based artist Tabatha Mei-Bo Li is the creator of the makeup and prosthetics for the short film.

Appreciation account @evylynchupdates gave further sneak peaks at the costumes, writing: “Photo Behind the scenes on set of “Humans Eat Other Animals” The film will be released in the coming months.”

Lynch is an outspoken vegan and animal rights activist, having appeared in a PETA video campaign urging consumers to avoid animal products in makeup.

“If you’re not okay with putting animals through these tests then maybe you should only be buying cosmetics that are truly cruelty-free,” she said in the campaign.

Lynch has also launched podcast The Chick Peeps in which she discusses veganism with her fans.

What do you think of Evanna Lynch’s activism? Share your thoughts in the comments below!