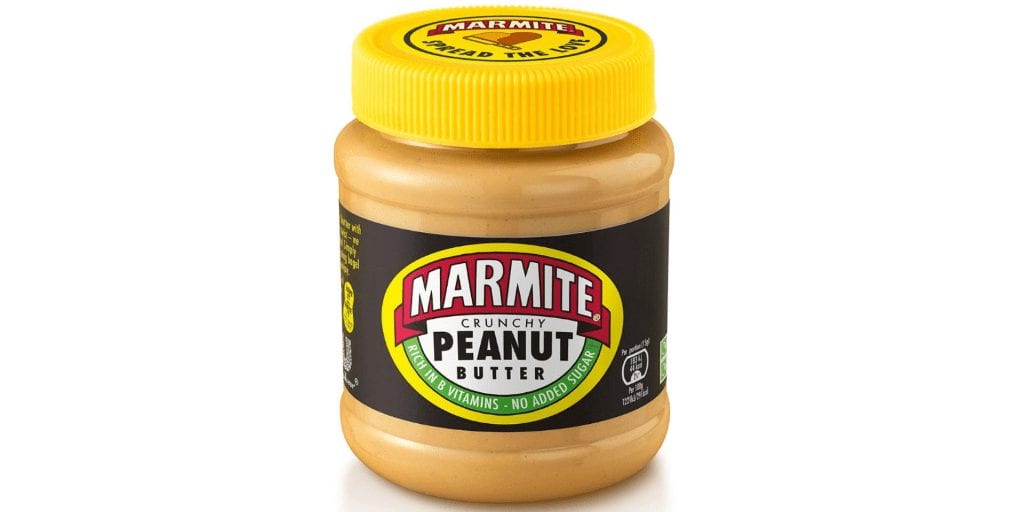 Marmite and peanut butter both hold prestigious positions in many plant-based diets, and for the first time the two will be paired together in one jar.

Marmite was launched in 1902, and the divisive and distinctive yeast extract spread features many essential nutrients and vitamins – including B12. Meanwhile, peanut butter is high in protein and healthy fats.

Both are totally vegan, barring any pesky additives, and have been staple breakfast spreads across the UK and beyond for generations.

And now Marmite, following huge demand, has finally reacted to pressure and released its own mixture of the two.

The new offer comes after a huge surge in the popularity of peanut butter – sales were up by a fifth in 2017, while Marmite sales remain relatively steady.

Some samples have already been sent for taste tests, and have received, perhaps unsurprisingly considering Marmite’s reputation, mixed reactions.

At The Telegraph, Katie Morley said: “I’ve entertained the idea of smothering a breakfast bagel with Marmite and peanut butter before, but never plucked up the courage. Why? Because messing with the classics is usually a mistake.

“I was skeptical about the new Millennial-friendly peanut butter laced Marmite and was ready to dismiss it as the next passing fad. But I loved it. The combination of creamy nut butter, meaty Marmite tang and just enough crunch had my taste buds doing the Macarena.

“On a hot, toasted bagel it’s a dream. A warning to selfie lovers though; it sticks terribly to the teeth.”

Tom Ough added: “The effect of combining foods, I reckon, is more like multiplication and division than addition and subtraction. Salt and caramel? Way better than the sum of their parts. Peanut butter and jam? Similar. Peanut butter and… Marmite? Not so much.

“I love the idea of the Marmite R&D department, with their white coats and Hazmat suits, coming up with weird culinary chimeras, but they should have kept this one to themselves. The peanut butter was pleasingly viscous and crunchy, but the Marmite arose as a bitter aftertaste.

“The effect was far less enjoyable than if the spreads were separate. This product is a gimmick.”

Josh Barrie of iNews said: “I like how the Marmite potters through the salty crunch of the peanuts like a young hedgehog in a garden of an autumnal evening. It’s an umami edge filtering through classic richness. It is a fine combination. I still prefer Bovril, though.

Jenn Selby, freelance editor, added: “I was highly sceptical of this latest bastardisation of traditional sandwich fodder, but was pleasantly surprised by the dry roasted flavour the Marmite imparted on the peanut butter. It added an extra depth to an otherwise dull spread, which I would usually attack with chilli sauce if it were presented to me on toast to liven it up a bit. This needs no such livening.”

Brand manager Camilla Williamson reflected on the launch: “The British public asked, and we listened.

“We’re delighted to bring the nation exactly what they’ve been craving with the creation of Marmite peanut butter.”

“It’s the most exciting product launch since the conception of the brand in 1902 and we’re confident that the nation is going to love it.

“They ain’t tasted nuttin’ yet.”

Are you excited for the release of Marmite Peanut Butter? Tell us in the comments section below!