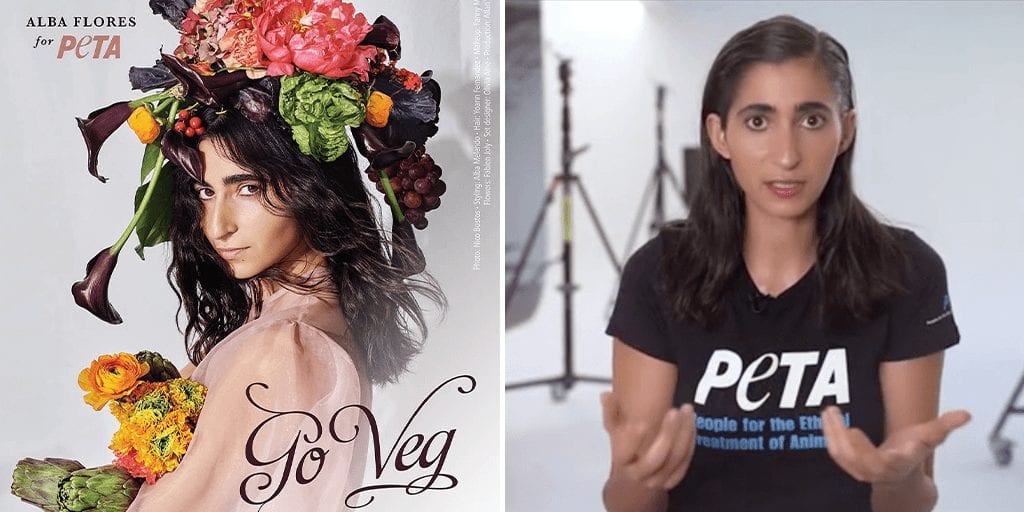 ‘I think that your food doesn’t have to be the cause of suffering and exploitation of animals.’

33-year-old Spanish actress Alba Flores is the face of PETA’s brand-new campaign that talks about saving animals and the planet by ditching meat and adopting a plant-based diet.

Announcing the ad on Instagram, PETA wrote: “Want to save the planet? STOP EATING ANIMALS!”

The group added that Flores “is taking the cruel and wasteful animal agriculture industry head-on by eating veggies, beans, and grains!”

In a behind the scenes interview with PETA, Flores who shot to fame for her role as Nairobi in Money Heist reveals the reason she chose to go vegan.

She told PETA, she decided to slash meat from her meals, after one of her family’s Christmas Eve celebrations.

“I started to think about where that food came from and how much food will be thrown away … and [wondered] how necessary the deaths of those animals really were.

“I started to look into it, and I realized that this wasn’t the only big problem. The entire animal agriculture industry poses a very serious problem for the planet.”

Happy with her decision, Flores admitted: “And now, the truth is I feel so much better eating vegetables and legumes and grains.

“I think that your food doesn’t have to be the cause of suffering and exploitation of animals.”

The novel coronavirus that has wreaked havoc in the world has been widely believed to have originated from a wet market in Wuhan, where dead and live animals are kept together in filthy, unhygienic and inhumane conditions.

Recent shocking undercover investigations from PETA Asia have revealed that wet markets in China, Indonesia, Thailand, The Philippines, Vietnam and Cambodia continue to operate despite the current corona crisis.

According to the U.S. Centers for Disease Control and Prevention, an estimated 75 percent of recent infectious diseases in humans have been contracted due to illicit interactions with the animal kingdom.

Which is why, PETA and its global affiliates are using the video footage to once again urge the World Health Organization to ban live-animal markets worldwide.

“The next deadly pandemic is inevitable as long as markets filled with sick and stressed animals are still open,” says PETA founder Ingrid Newkirk.

“PETA is calling on government officials to shut down these petri dishes for pandemics.”

Share this article to promote the benefits of veganism and the dangers of eating meat.