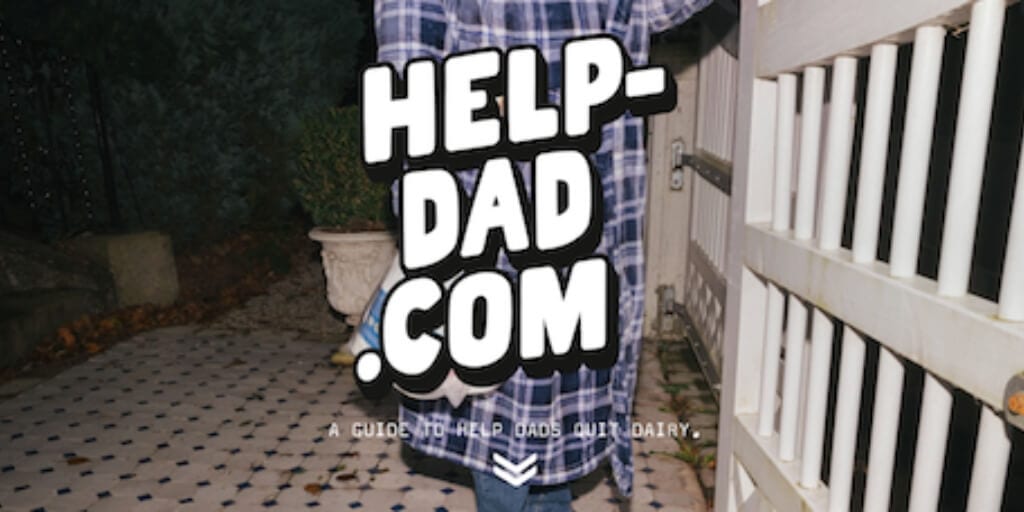 “We know we’re in the midst of a climate emergency, but there’s a group in society who aren’t grasping the urgency of it.”

Swedish plant-based milk brand Oatly has riled UK farmers after launching a new campaign that aims to show that livestock farming is more damaging to the planet than transport.

The vegan milk giant has launched a series of four TV adverts as part of its ‘Help Dad quit dairy’ campaign hoping to convince the older generation to switch to plant-based alternatives because of meat and dairy’s impact on the planet.

The Help Dad website, as part of its campaign states on its website: “Whether your Dad just needs some helpful reminders because he already gets that ditching dairy can save the planet loads of carbon emissions… Or, if he needs more of a total reprogramming because he is pretty much good with watching the planet burn so long as he can do it while eating a double cheeseburger. This guide has you covered.

“To be specific, you’ll find facts, rhetorical maneuvers, tips, recipes, and a bunch of other stuff designed to help you get dad on a more planet-friendly track.

“Because clearly, you are the guy’s best hope.”

The four adverts have been created by the Oatly Department of Mind Control (Oatly’s in-house creative team).

One ad shows a father stocking up his fridge with cow’s milk in the middle of the night, only to be called out by his teenage son. has stirred quite a debate on social media.

The other has a family watching TV and the father reluctantly opts for “no” milk in his tea, under the watchful eye of his teenage daughter.

The third has the dad profess that he “hates his life” after his daughter refuses to bring him a pint of milk.

The fourth ad has two children discussing the difficulties one is facing in trying to get his father to ditch milk.

“We know we’re in the midst of a climate emergency, but there’s a group in society who aren’t grasping the urgency of it,” Michael Lee, creative director of Oatly, said.

“‘Help-dad’ is our way of helping teens help their dad or mum or uncle or anyone else in their life in need of some veggification, to adopt a more plant-based lifestyle.”

However, the oat milk firm’s tweet stating that: “The dairy and meat industries emit more CO2e than all the world’s planes, trains, cars, boats, etc combined,” has upset the farmers’ community.

NFU responded to the tweet stating: “The UK figures for emissions from UK agriculture are 10% compared to UK transport at 27% (data from Defra).

“We don’t recognise your statistics.”

Dairy UK also described the adverts “in very poor taste” and “incredibly patronising and disrespectful to those male consumers they appear to be targeting”.

“The near-immediate backlash they faced on social media from consumers, as well as those within the food industry, is clear evidence of this,” a spokeswoman said.

“The best thing Oatly could do is pull these ads to avoid causing further offence to the public.”