Paul McCartney tells 4.1 million followers that ‘everyone should watch’ Seaspiracy 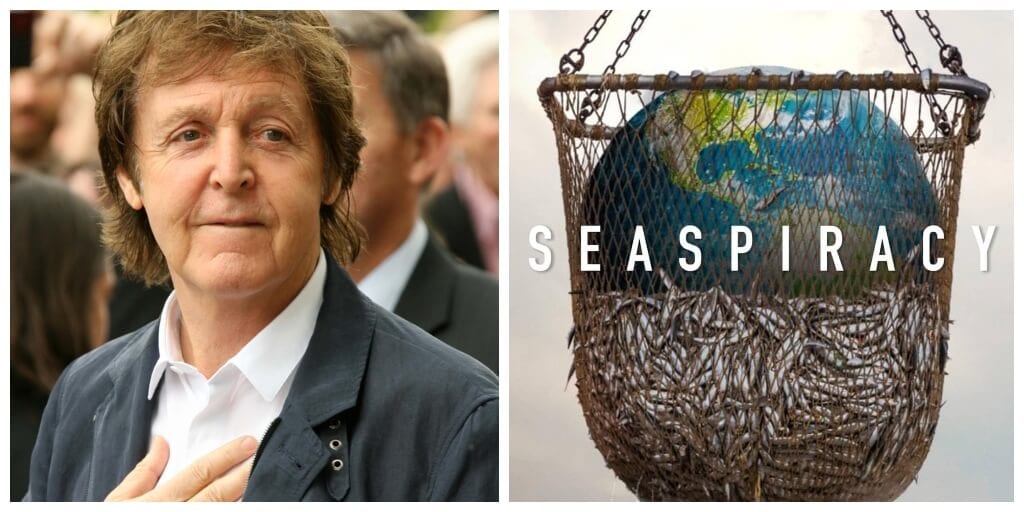 Sir Paul McCartney has urged his followers to watch the hit Netflix film Seaspiracy describing it as ‘a strong documentary on fishing’.

“It is a very strong documentary on fishing that everyone should watch.”

Have you seen the incredible new Netflix programme ‘Seaspiracy’? It is a very strong documentary on fishing that everyone should watch.

The film directed by filmmaker Ali. Tabrizi spotlights the ‘war being waged’ on the world’s marine ecosystem.

It not only delves into the environmental and ethical impacts of the fishing industry on ocean life but also highlights the inaction of conservation groups and governments through interviews with prominent figures.

Despite its roaring success and global media attention, Seaspiracy has been slammed as a piece of propaganda against the fishing industry and accused of factual inaccuracies and misrepresentation to promote veganism.

A significant backlash towards the documentary come from marine scientists and non-profit organisations.

World-renowned marine scientist and fisheries expert Ray Hilborn called it a “propaganda film made by vegan activists” and said it “contains more lies than a Donald Trump press conference”.

Daniel Pauly, a marine biologist, fisheries scientist, and professor at the University of British Columbia and a member of the board of directors of Oceana told Vox that Seaspiracy ‘takes the very serious issue of the devastating impact of industrial fisheries on life in the ocean and then undermines it with an avalanche of falsehoods’.

Moreover, the National Fisheries Institute, a representative of the US seafood industry released a statement criticizing the film’s agenda: “The concern with some slickly produced propaganda pieces, masquerading as ‘documentaries,’ is that audiences will not recognize the film’s true agenda.

“Despite the artistic aerial shots, exciting albeit hyperbolic cloak-and-dagger scenes, and stirring action-movie like soundtrack, there is little concern Seaspiracy will be mistaken for anything but a vegan indoctrination movie.”

Despite the criticisms, the Seaspiracy directors believe the documentary is ‘the start of a global shift’ and have launched a petition in 10 countries to call on governments to protect 30% of the oceans by 2030.

The petition reads: “Seaspiracy has exposed the truth…

“Unless we act now, we will live to see the death of the oceans, and our children will never know the wonder and beauty of our once thriving blue planet.”

Since its launch two weeks ago, the petition has garnered over 610,000 signatures.

Share this story: Paul McCartney tells 4.1 million followers that ‘everyone should watch’ Seaspiracy.