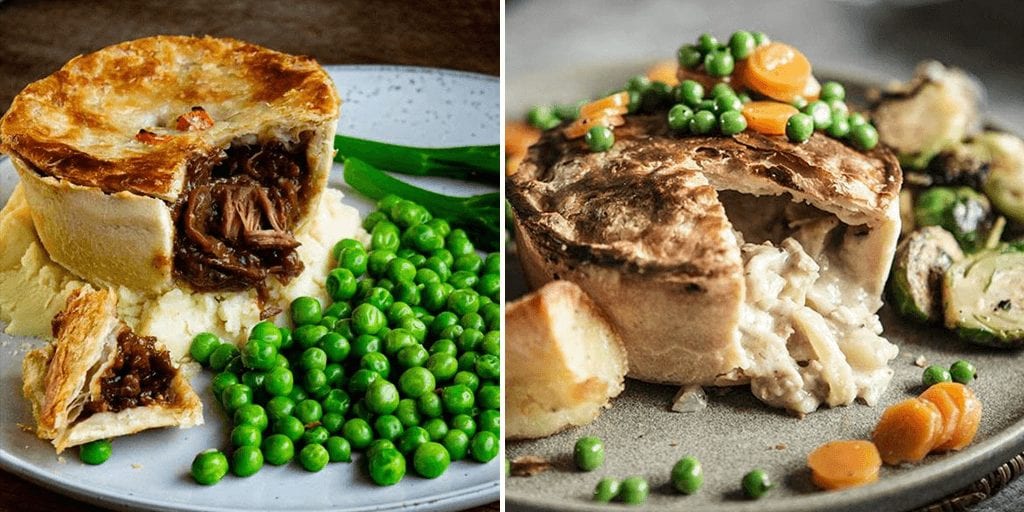 ‘It’s so meaty without the meat, your most carnivorous friends will be thinking it’s a mis-steak’

Launching on September 29, the new pies are vegan takes on the company’s best-loved meat pies.

The Mock-A-Doodle pie replicates the taste and texture of the classic chicken and leek pie and is made using pieces of Tofurky’s ‘chicken’, kale, leek, smoked garlic, sage, and creamy white sauce.

‘Our best plant-based pie yet’

“We thought it was about time we made our bestselling Moo pie into a vegan version (and we reckon we’ve made our best plant-based pie yet!).

“Mooless Moo is filled to the brim with jackfruit ‘steak’, cracked black pepper, ale, and rich gravy all wrapped in our famous plant-based pastry.

“It’s so meaty without the meat, your most carnivorous friends will be thinking it’s a mis-steak.”

The pies join Pieminister’s growing plant-based range, which already include three plant-based pies and will be available at Pieminister restaurants and their online shops as well as at supermarkets  Waitrose and Ocado.

The family-fun business is renowned for making ‘UK’s best pies’.

In March, the company scooped a gold medal at the British Pie Awards for its Evergreen pie among a whopping 848 entries.

The pie was described as “a celebration of leafy greens and beans with kale, spinach and edamame, cooked in fragrant ginger, garlic and lime zest.”

Pieminister Co-founder and manager director Jon Simon said at the time: “Since the British Pie Awards began over a decade ago, we’ve amassed a healthy number of medals and ‘Best in Class’ accolades, but it’s always a thrill to be recognized as one of the UK’s best pie makers.

“We’re proud that our pies don’t just taste amazing, they’re also made carefully, with much consideration given to the origin and ethics of the ingredients that we use.”

Share this story to let others know about Pieminister’s new vegan pies.