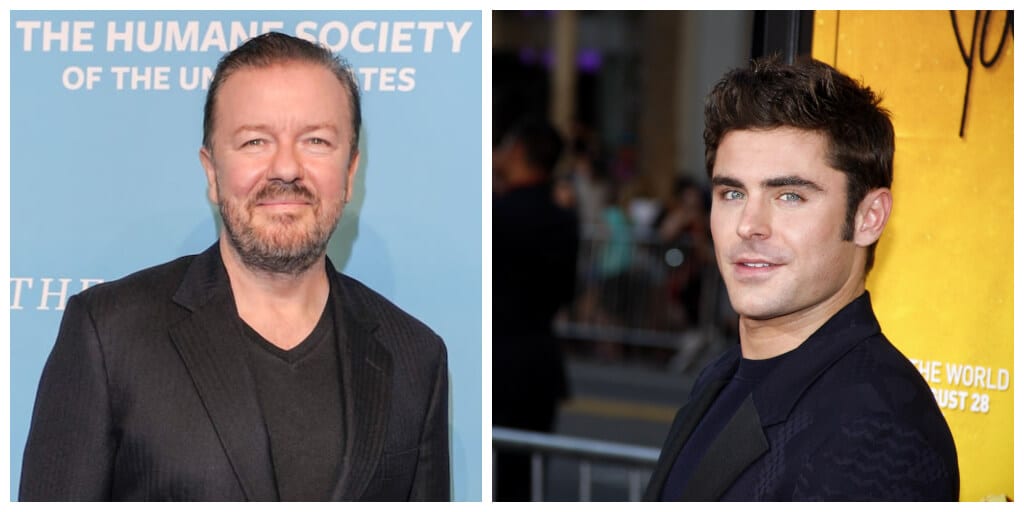 The upcoming animated short film that spotlights the issue of animal testing is produced by Humane Society International (HSI) and written and directed by Spencer Susser.

Ricky Gervais and Zac Efron are starring in a short-animated film – Save Ralph – that demands an end to animal testing.

HSI has also produced the stop-motion animation along with the Australian collective Blue Tongue Films and Arch Model Studio.

The story revolves around HSI’s spokesbunny Ralph – a laboratory rabbit who has lived the ‘hard life’.

In the film, Ralph, who is blind in one eye and deaf in one ear describes his life and the damaging impact of cosmetic animal testing in an interview with comedian Ricky Gervais.

Save Ralph is set for release on 6th April and will be dubbed into Spanish, French, Portuguese, and Vietnamese to expand its reach.

Gervais is ‘proud’ to be a part of the film

Ricky Gervais, promoting the film to his three million Instagram followers wrote: “So proud to be part of this short film to help end animal testing.”

The passionate animal advocate has often used his platform to speak against animal cruelty.

In 2019, he condemned animal testing on live radio.

Speaking to Radio 5 Live, he ranted: “It doesn’t work – 93 percent of all experiments that work on animals then fail and are dangerous to humans, because the models don’t work. Computer models work better than animal testing.

“It’s propaganda because people who breed beagles make £1,000 or £2,000 per dog, universities get kickbacks from pharma companies to do research… it doesn’t work and it’s cruel. You’ve got to end animal testing.

“Some people think, ‘Oh yeah, but what about cancer and AIDS?’ I understand that but there’s no ambiguity about shampoo and cosmetics. That’s mental – putting stuff in rabbits’ eyes and torturing them to death. Don’t get shampoo in your eyes, it stings, done.”

Earlier this January, he even expressed his wish of being fed to lions after his death as a means of giving back since “we eat animals and destroy habitats.”

The Humane Society has been campaigning against animal testing for years. It has been working with governments, companies, scientists, and like-minded groups in Brazil, Canada, Chile, Europe, Mexico, South Africa, Southeast Asia (ASEAN), and the United States — to achieve a cruelty-free world.

According to them, no animal must suffer for the sake of cosmetics.

Its consistent efforts have borne fruit. Nearly 40 counties including Australia, Guatemala, and Turkey have passed laws to stop or limit the testing of cosmetics on animals.

Earlier this month, Virginia became the fourth US state—after California, Nevada, and Illinois—

According to latest reports, Maryland will soon follow suit in saying ‘no to cosmetics testing on animals.’

China has also announced that starting from 1st May 2021, it will waive off its mandatory animal testing clause for imported cosmetics including shampoo, body wash, lotions, and make-up.

Share this story: Ricky Gervais and Zac Efron to star in Save Ralph – a film to end animal testing.