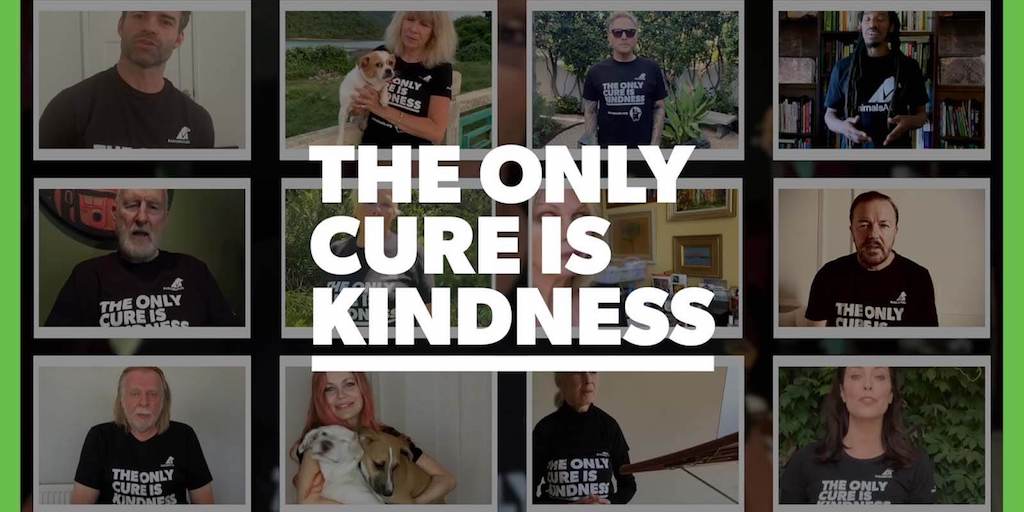 A slew of British and US celebrities are supporting Animals Asia’s campaign to end the cruel practice of bear bile farming.

The campaign launched on 5th August calls on China and Vietnam to end the torturous captivity of bears for their bile.

The campaign has been supported by Ricky Gervais, Joaquin Phoenix, actor Dame Judi Dench, Alicia Silverstone and a host of other celebrities.

According to the group, as many as 12,000 Asiatic black bears and sun bears are tortured and imprisoned in China’s bear farms.

In Vietnam, there are still around 438 captive bears remaining after Animals Asia rescued 634 of them. The government has now signed an exclusive agreement with the charity to end bear bile farming by 2022.

Bear bile is regarded highly therapeutic in traditional medicines because of the active ingredient ursodeoxycholic acid, which is purportedly beneficial in treating liver and gallbladder conditions.

However, animal activists argue the practice of exploiting bears for their bile is “outdated and nightmarish” and must be stopped.

A recent BBC report highlighted the sorry plight of Moon bears or Asian black bears being raised in captivity for bile production. Although the footage was taken at a South Korean farm, the treatment of these captive bears in the other countries is no different.

The BBC footage showed around 121 bears living in filthy, decrepit and unhealthy conditions. Many of them had limbs and fur missing.

Heidi Quine, Animal Asia’s bear and vet team director, told The Telegraph that bears in Vietnam are first drugged with ketamine, tied down and repeatedly punctured in their abdomen to find the gallbladder.

She added that the extracted bile is often infected and causes untoward reactions in humans.

“There are records in Vietnam of people having died after taking bear bile products,” she told the news site.

“An analysis of some of the bile shows that its full of cancer cells, pus cells, all sorts of infections. It makes people incredibly sick because it’s harvested in a manner that’s so unsanitary and dangerous.”

‘Only cure is kindness’

“We’re in a mess right now across the whole world purely because of our mistreatment of animals,” she explained.

The vet’s declaration is echoed by animal activist and actor Ricky Gervais and the other celebrities backing the campaign. “The terrible predicament we find ourselves in, the heartbreaking loss of human life, stems directly from the mistreatment of animals and the only cure is kindness,” Gervais said in a video released by Animals Asia.

With #TheOnlyCureIsKindness campaign, the animal charity is looking to rescue the Vietnam bears and rehabilitate them in sanctuaries where they can learn to be free and one with nature again.

Jill Robinson, Hon LLD Founder and CEO, Animals Asia said in a statement: “Covid-19 has been a wake-up call for change, and our work in Vietnam shows change is entirely possible.

“We can put an end to the abject disregard for animals that has caused so much suffering, and create a better world.

“And there is no greater force for good than the power of kindness in action.”

You can support the campaign here.