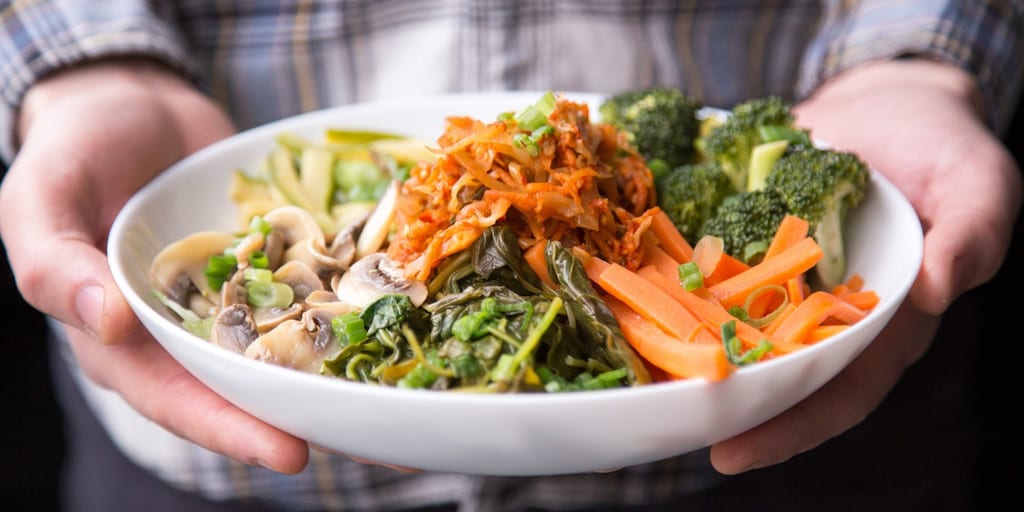 Latest research indicates the vegan movement is continuing to gain momentum, as a third of Brits are now adopting a meat-fee or meat-reduced diet.

The Waitrose & Partners Food & Drink Report 2018-19 also found one in eight (13 percent) Britons now identify as vegan or vegetarian, and 21 percent as flexitarian.

Managing director Rob Collins said: “Being mindful of how we live and eat has become a priority in today’s world.

“As we become increasingly mindful of our own health, the well-being of our family and that of the planet, we’re reshaping how we shop, cook and eat. Welcome to the era of the mindful consumer.”

Nearly nine in ten people (88 percent) who saw an episode of BBC’s Blue Planet II about the effect of plastics on our oceans have changed their behaviour since.

Sixty percent of us now choose a refillable water bottle and coffee cup more than we did previously. Waitrose has also seen an 800 percent increase in questions about plastics from customers.

Released today, (1 November) the The Waitrose & Partners Food & Drink Report 2018-19 is based on comprehensive new OnePoll consumer research of 2000 people across Britain – not just Waitrose shoppers.

Data is supported by focus group research, insight from millions of purchases in Waitrose & Partners shops and online, and from the retailer’s food and shopping experts.

What do you think of the research? Leave your thoughts in the comments section below!