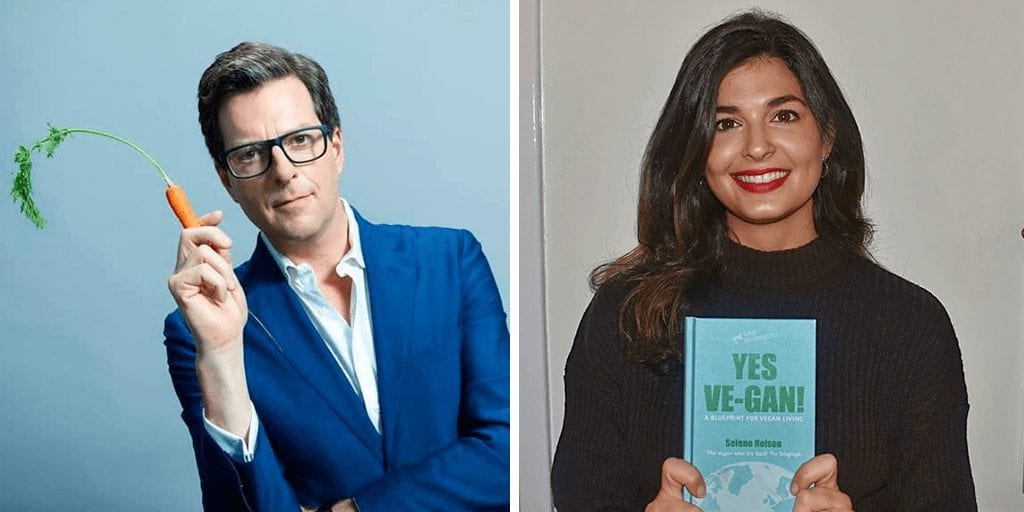 William Sitwell who had to step down as Waitrose Editor after his nasty comments on vegans went viral agreed to ditch animal and dairy products for a week.

After vegan journalist Selene Nelson who leaked Sitwell’s controversial email on vegans last November published her book Yes Ve-gan!—a blueprint for vegan living, she challenged her vegan averse friend William Sitwell to try veganism for a week, and offered to mentor him during the trial.

Sitwell accepted the challenge and recounted his views on the vegan dishes he tried over the week  in an article published in The Daily Telegraph.

Cataloguing his vegan week, he shared that he didn’t savour most of the dishes he ate.

His first day breakfast meal vegan tuna didn’t taste anything like tuna despite following a recipe by a famous vegan food blogger.

And his fake-mince chilli with rice left a “flat taste in the mouth” and the Oatly Creamy Oat Fraiche had “an indistinct flavour that bears no similarity to the taste of real crème fraîche.”

However, during the course of the week, he enjoyed some tasty vegan fare, which included a vegan tasting menu cooked by Aldo Zilli at London’s smart San Carlo restaurant.

Posting a picture on Instagram, he captioned the post: “My best meal out during my #vegan week was @sancarlorestaurants Regent Street St James.

“It was original, tasty, varied and fun.”

After enjoying several vegan meals over the week and witnessing physical benefits, he wrote: “I never felt bloated after a meal, I never had indigestion and not a glimmer of acid reflux. Pleasingly, I now feel a little leaner.”

“So I plan to tread occasionally back on to vegan turf – I want to eat meat less often and make it count,” he added.

‘Veganism is easy, accessible, and enjoyable’

Happy with the trial outcome, Nelson told VegNews: “I was so pleased that William felt the benefits of vegan living—and even happier that he’s going to incorporate more plant-based food into his diet from now on.

“So many people still see veganism as a sacrifice, something that means you miss out on things you like. But the reality is that veganism is easy, accessible, and enjoyable; it’s genuinely fun, and that’s a message I really wanted to get across in Yes Ve-gan!

There are very important issues behind why people go vegan, and though William and I may not agree on all of them, I’m thrilled he took something positive from my book and his vegan experience.”

Have you challenged anyone to go vegan? Share your stories in the comments below!