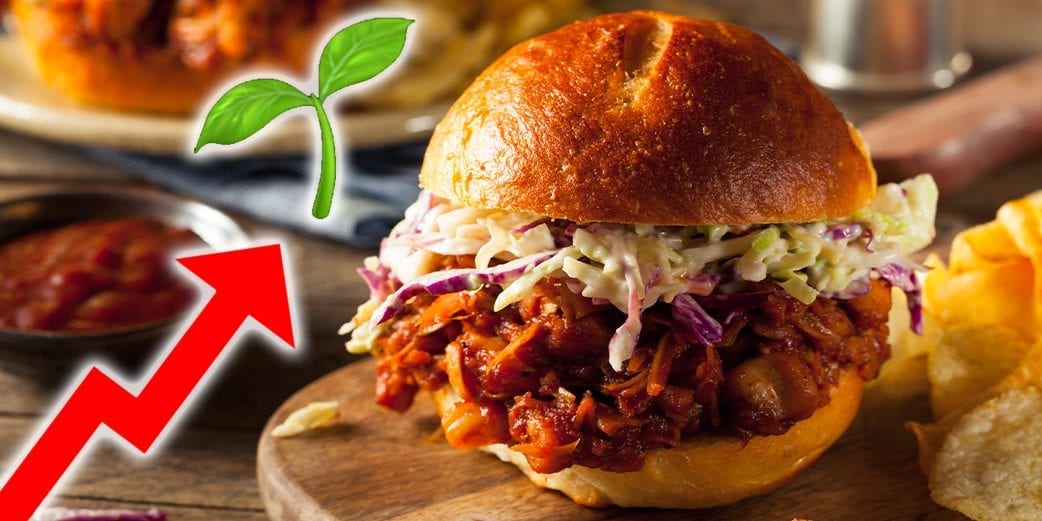 According to financial firm Barclays’ estimation, the plant-based meat sector is poised to capture 10 percent of the $1.4 trillion global meat industry in the next 10 years.

According to new report “Can’t Believe It’s Not Meat”, analysts at Barclays predict that with the growing interest in alternative meat products, the plant-based sector could be well worth $140 billion in the next decade.

“Although today we believe that there are inherent barriers to successfully replicating certain animal-based consumer favorites (e.g., t-bone steaks), what has been achieved so far in terms of ‘meatless’ ground beef, sausage, and hamburger products has yielded positive initial consumer reaction,” remarked the analysts.

“We believe there is enough evidence indicating that alternative meats are not merely a fad.”

This upward trend not only offers a big market opportunity for plant-based meat brands but clean meat companies too have an equal opportunity to cash in on the changing food-landscape.

However, food tech companies working on lab-based meat are yet to launch their products in the market.

“While lab-based meat is still likely several years away from hitting supermarket shelves, plant-based protein continues to gain ground v.s. its animal-based counterpart, and we expect this trend to continue for the foreseeable future,” added the analysts.

The report also suggested that the potential growth for the plant protein market could be comparable to the growth “projected for electric vehicles ten years ago.”

While the market for meat alternative products designed to feel and taste like meat has been growing over the past decade, Barclays believes plant-based companies should try to target meat consumers that account for the $1.4 trillion global meat industry.

The report said: “To make any meat alternative successful, companies need to appeal to the group that drives meat consumption,” adding that “successful adoption of alternative meat by this group could lead to the category’s success.”

What’s your favourite vegan meat alternative? Share your thoughts in the comments section below!