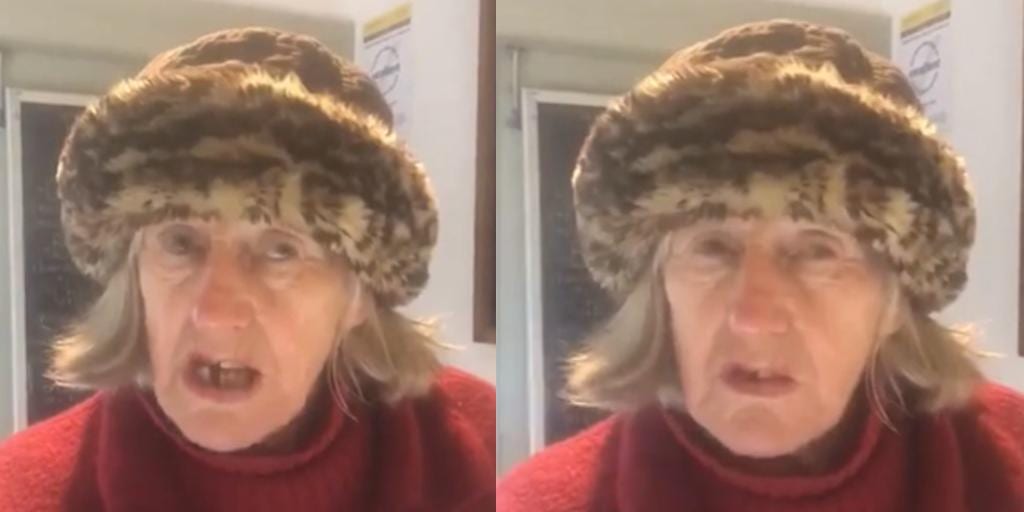 A woman in New Zealand entered a vegan cafe and launched into an angry rant against the owners, branding the meat-free menu ‘evil’ and ‘dangerous’.

Sweet Releases Cakes and Treats cafe in Wellington shared the bizarre video on its Facebook page after the incident.

“My hands are shaking and I feel like bursting into tears. This lady came in from the street and just started yelling at my team calling us f**kwits just for existing as a vegan cafe,” owner Kristine Bartley said.

The woman is pictured entering the cafe and berating staff for selling vegan food, at times speaking straight into the camera.

“You should be banned because you’re evil, particularly when it comes to children,” she says.

“Iron is absolutely vital for the brain for growing children.”

She then speaks about an incident in the UK where a child, who was reportedly following a vegan diet, died.

But Bartley responds by condemning the woman for entering her cafe for no reason and ‘screaming’ at her team. See the full video below.

After the event, Batley claimed she was racially abused by the woman.

She posted on Facebook: “It’s been about 8 hours ago and I’m still crying at home. I’m human too in case you forgot.

“This lady opened our door, came in yelling about deficiencies, called us Vaygun f**kwits, I let her rant a bit more then she called me an ASIAN F**KWIT and I asked her to leave. She refused using the words f**kwits again and muttering s**t about me being a foreigner and how I should “go home.”

“I told her if she didn’t leave, I would get my phone out and record her. She said go on then and even waited in peace watching me pull it out of my pocket. She then continued her rant and I only got the end part of her saying my people need to be banned.

“I work too damn hard for racist, anti vegans to walk through my damn business to abuse me freely. This happens a lot online but has never happened in person. Now, you have a glimpse of the behind the scenes I have to deal with on the daily and what many vegans get yelled at just for existing.

“I was born Asian. I can’t help that ok.

“Yes, I choose to be vegan and yes, I choose to own a vegan business. I know that these things are suppose to be something I’m expected to encounter and just deal with. And we do, because there’s a bigger picture than a few minutes of a lady yelling at me.

What do you think of this video? Share your thoughts in the comments below!