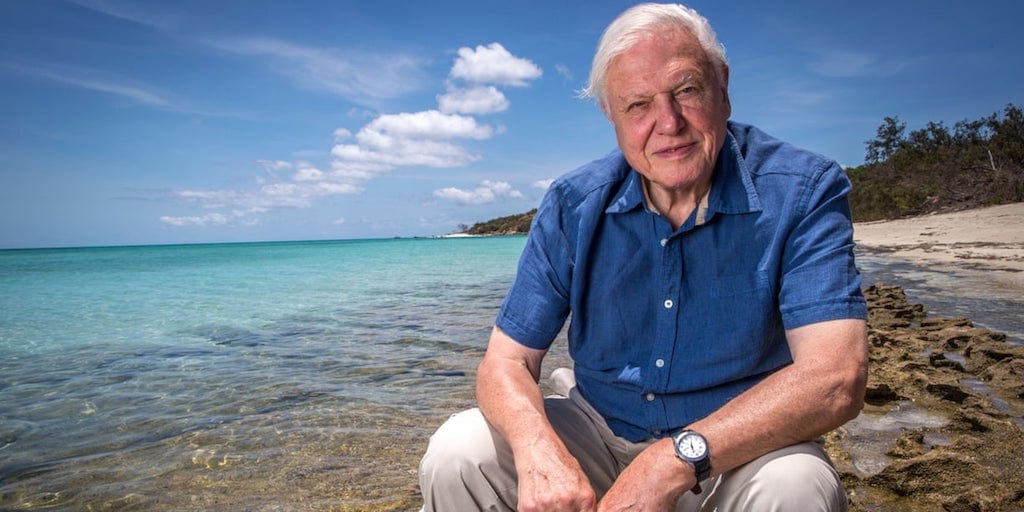 Natural historian and broadcaster Sir David Attenborough is among the most inspirational advocates of environmental protection.

Best known for jaw-dropping BBC Documentaries including The Blue Planet, Life and Planet Earth, the UK national treasure is tirelessly fighting for protection to wildlife.

But he’s got an unmistakable cheeky edge to him, and has kept us entertained both through his reporting of natural wonders of the world, and his quick wit, throughout his career

Totally Vegan Buzz takes a look at the most inspiring, hilarious, adorable and terrifying moments from the 92-year-old vegetarian veteran’s time in the spotlight.

1. When he played with cute baby gorillas

The natural historian described the ‘bliss’ of playing with baby gorillas in a heartwarming – and slightly alarming – video.

2. When he gave us the terrifying truth

The naturalist grimly warned of the ‘collapse of civilisation’ if nothing is done about climate change.

3. When he narrated ‘Hello’ by Adele

In the style of his famous documentary voice-overs, he hilariously narrated over Adele’s ‘Hello’ music video.

4. When he kept being interrupted by a bird

5. When he told Barack Obama how to save the planet

Attenborough told the US president that half of the world’s population is ‘cut off’ from the natural world, and so ‘won’t take the trouble protect it’.

The BBC presenter never misses a chance to make us smile with his adorable antics.

7. When he told us that climate dangers are even worse than we thought

Sir David predicted that the only thing that would wake people up to climate change would be ‘disaster’.

8. When Cameron Diaz flirted with him

Proving that age is just a number, Sir David was as adorable as ever on The Graham Norton Show.

9. When he had a conversation with a baby rhino

During the mind-blowing Africa series by the BBC, Sir David got down on all fours to have a chat with a cute baby rhino. The animals know he’s on their side!

10. When he inspired hope with a speech at Earth Optimism

Speaking about why there is still hope in conservation, Attenborough urged the young generation to come together collectively to fight climate change.

What’s your favourite Sir David Attenborough moment? Tell us in the comments section below!