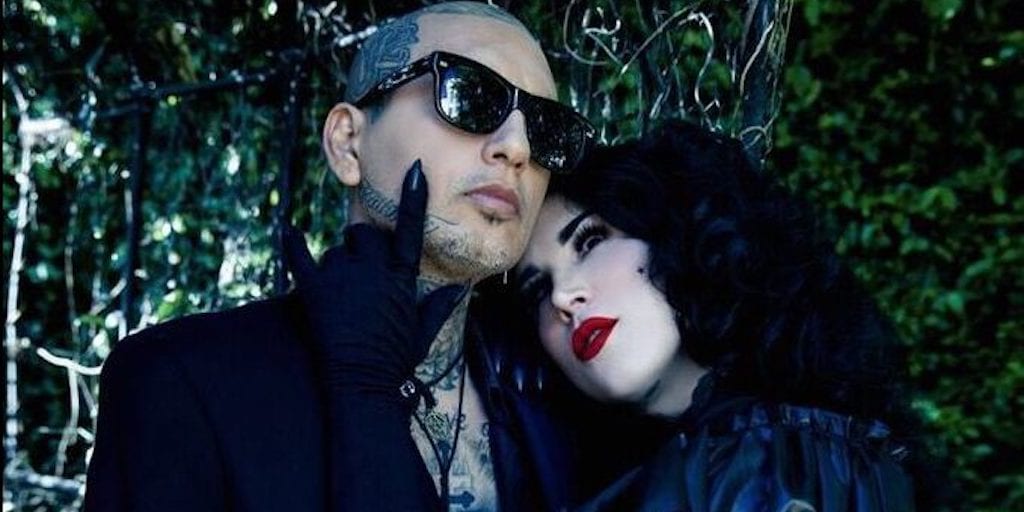 The former tattooist and creator of her eponymous makeup brand has in the past been outspoken about her views on animal welfare, and is proud of her cruelty free brand in which the majority of her products are vegan.

But Kat’s come under fire recently, after announcing her pregnancy with Rafael Reyes, whom she married in February and officialised in a lavish ceremony earlier this month. The staunchly vegan couple were accused by some members of the community that their decision to have a baby flew in the face of vegan values.

In other circles, dissenters of the vegan lifestyle have criticised her for choosing to raise her unborn child vegan, while further reports in the last week claim that Kat has ‘re-ignited’ the anti-vaccination row following a pointed post on Instagram.

Yet she’s not swayed by anybody’s opinions, it seems, stating, “This is my body. This is our child. And this is our pregnancy journey.” She even claims that her dad hasn’t been immune to his share of opinion about her choices: “My own Father flipped out on me when I told him we decided to ditch our doctor and go with a midwife instead.”

But are we really surprised? A bastion of all things alternative, Kat Von D hasn’t exactly been one to go with the grain…

What are your thoughts? Do you think Kat Von D and her husband deserve the scrutiny and criticism, or are you in full support of their choices? Join the conversation in the comments below.