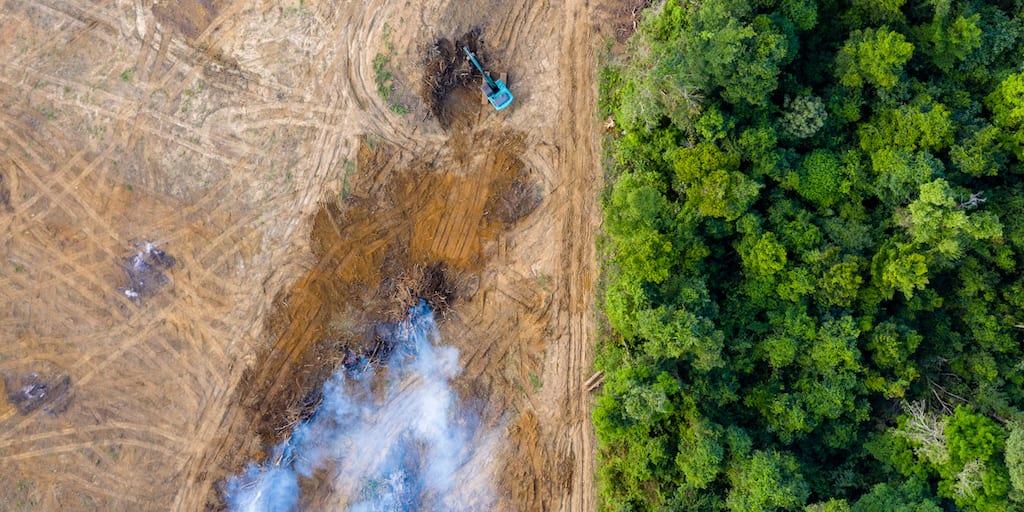 A report released by Greenpeace has highlighted that increased chicken consumption in the UK is contributing to the destruction of wildlife-rich forests in South America.

In a report titled “Winging it: How the UK’s Chicken Habit is Fuelling the Climate and Nature Emergency,”  the environmental charity presents a correlation between the rise in UK’s chicken consumption and deforestation in South America.

Over the past 20 years, while overall demand for beef, lamb and pork has fallen sharply with UK consumers ditching red meat over health and environmental concerns; there has been a 20% increase in the consumption of chicken.

The UK is the third largest producer of chicken in Europe with its meat industry slaughtering a billion chickens every year.

Ninety-five percent of these chickens are factory farmed relying on industrial feed causing 3.2 million tonnes of soya to be imported as animal feed annually.

The Greenpeace report states that over 1.4 million hectares of forest land, an area greater than Northern Ireland is required to meet Britain’s soya needs and because 68% of the UK’s soya imports are being met by countries in South America, acres of forest and wildlife-rich savannah are being destroyed to grow the crop.

The report further highlighted that while retailers, food companies and eateries claimed to support the production of sustainable soya, none of the 23 supermarkets, fast-food and coffee chains surveyed for their chicken sales and soy usage could confirm their animal feed sources were sustainable.

“All companies admitted lacking even the most basic oversight of their soya supply chains,” read the report.

“Not a single company contacted by Greenpeace was able to demonstrate that it was tracking the full amount of soya consumed as animal feed in its supply chain.”

Despite the environmental impact, companies remain oblivious and aggressively market chicken products with promotions of chicken legs more than doubled last year and price cuts of chicken legs and breasts trebled, according to a market research by Kantar.

Commenting on the report, Greenpeace UK forest campaigner Chiara Vitali said: “For too long the impact on our planet of growing crops for UK chicken feed have been overlooked.

“The simple truth is, we cannot continue to consume industrially-produced meat in the volumes we currently are. It’s why we’re calling on companies to set clear meat reduction targets and be transparent about where their animal feed comes from. Animal feed for meat production is Europe’s largest contribution to deforestation.”

Should the Government enforce meat-reduction targets to tackle deforestation? Share your thoughts in the comments below!