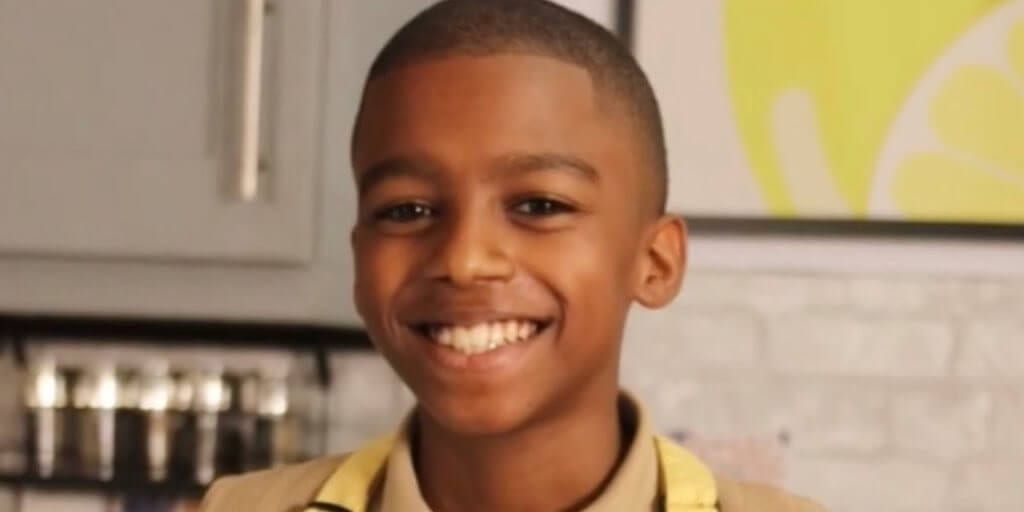 “He’s only 12 years old but has already won the hearts of hundreds and thousands online, cooking up a storm with his delicious vegan food.”

12-year old vegan chef Omari McQueen has now bagged his own cooking show on CBBC, a BBC-operated channel for children.

The new show is called What’s Cooking Omari?  and is a seven-minute weekly segment to be aired every Sunday at 9:30am for the next ten weeks.

The show is aimed to inspire children between the ages of seven and 16 to ditch animal products and get creative with simple plant-based dishes.

McQueen is set to whip up a scrumptious plum blackberry crumble for his mother’s birthday in episode two.

The third of ten episodes will have the young chef make mega-loaded fries.

CBBC’s website states: “These crunchy potato wedges topped with spicy flavours are the perfect snack to give the family all the energy they need to outwit one another during their game of mega hide-and-seek.”

‘Cooking up a storm’

“He’s only 12 years old but has already won the hearts of hundreds and thousands online, cooking up a storm with his delicious vegan food,” a BBC statement said.

“In his first-ever TV commission, Omari introduces us to his effervescent siblings, who join him in the kitchen to create a wonderful array of delicious healthy meals for all the family to enjoy.”

The new show is only one of the many accomplishments of this boy wonder.

After going vegan at seven, McQueen launched Dipalicious Dips, a vegan dipping sauce business at the age of eight and then went on to open a pop-up restaurant in London, serving an array of vegan Caribbean-inspired dishes.

The talented young chef also runs his own YouTube channel, Omari Goes Wild, where he reaches out to over 3,000 subscribers.

Apart from endorsing a vegan lifestyle with his creative recipes, McQueen also joined PETA in calling the government to remove the requirement for servings of fish, meat, and dairy from the School Food Standards and replace it with more flexible nutritional guidelines.

Share this story to let others know about Omari McQueen’s new show on CBBC.