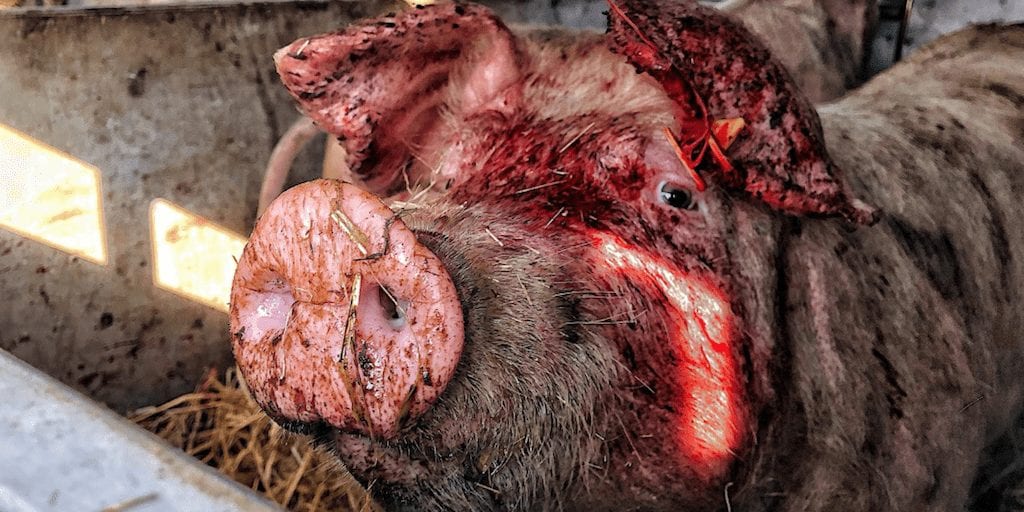 A slaughterhouse in East Sussex, UK has been forced to stop killing pigs due to dwindling demand and persistent activism at the farm.

But it turns out the activists were only part of the problem, as dwindling demand at the venue made the farm’s business model unmanageable.

A spokesperson for the farm said: “It is not just because of vegan protestors – who have been coming for a while – but pig numbers have gone down considerably over the years.

“We used to do more than 150 pigs a week but this last week it was only 58. It is not financially viable.”

A farmer in the area who used the slaughterhouse, who did not want to be named, told the Farming magazine that local farmers had ‘nowhere to go’ and that it would be ‘very hard to start a new abattoir in the south east’.

“I would say it is right that it is not just protesters. It is a complicated issue but farmers are very nervous about losing vital infrastructure,” he revealed.

“They have had a great deal of trouble for years from protesters and people will see this as a consequence of the intimidation.”

Activists from Sussex Animal Save have held multiple demonstrations at Tottingworth farms in recent years.

Sussex Animal Save sent images to Totally Vegan Buzz from the farm, showing a pig covered in blood inside a van after a visit on January 21.

A spokesman said: “Meet your organic bacon. We were appalled with what we had saw, the pig looked anxious and distressed.

“We told the owner of Tottingworth Farm about the condition of the pig and they said ‘the pig was probably fighting or playing’.”

The spokesman claimed the group asked if they could call out a vet, but the owner did not listen and insisted the pig went to slaughter.