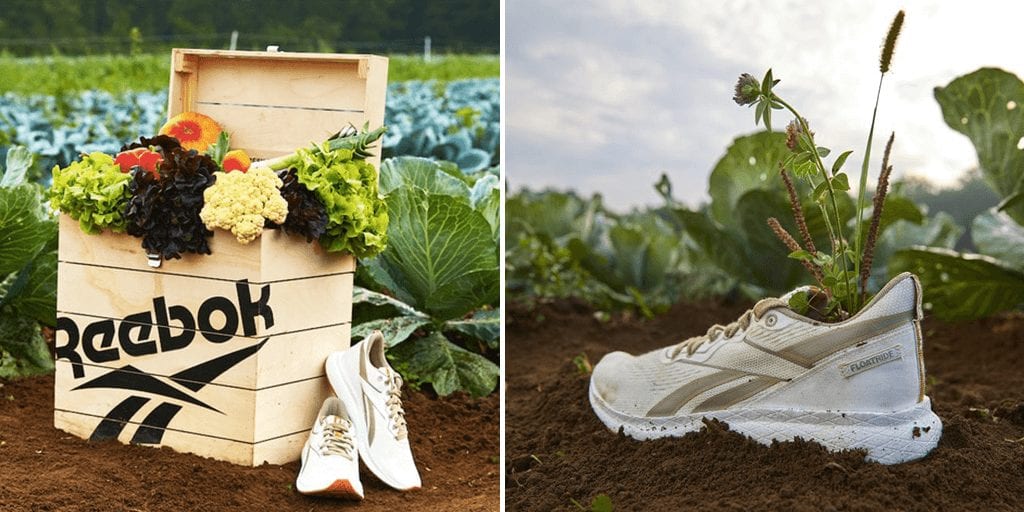 The footwear titan has partnered with a Boston-area farm to host a giveaway comprising a box full of fresh produce to the first 50 customers purchasing the new sneakers.

Reebok is releasing its new plant-based Forever Floatride GROW sneakers next month and the first 50 customers will also receive a community supported agriculture (CSA) box from Siena Farms filled with a half bushel of fresh produce in a dozen varieties.

The brand added that for each of the 50 sneakers purchased through its Unlocked loyalty program, Reebok and Siena Farms  will match it by donating an identical giveaway to a food-insecure family.

The sneaker, which the popular footwear brand announced in December is an eco-friendly version of its award-winning Forever Floatride Energy sneaker and has been a “result of a long journey to create a plant-based running shoe that look and perform like other best-in-class footwear and can withstand running a marathon,” the brand’s product director Emily Mullins said.

The new plant-based sneaker has a cushioned midsole made from castor beans, while the upper is naturally biodegradable made from eucalyptus. The sock liner is made from Bloom algae foam and the rubber outsole has been sourced from real rubber trees.

“It’s an important milestone for sustainable performance as making running shoes out of plants is challenging because they need to withstand impact,” Mullins said.

“We have been able to replace petroleum-based plastics that are traditionally used in running shoes with plant-based plastics. We expect to be able to use more plant-based alternatives for our products moving forward and we’ll move fast in this space.”

Mullins added: “We have a responsibility and opportunity to help the planet. It’s the right thing to do.”

The shoes priced at $120 for men and women go on sale from Oct. 1 at select retail stores and on the brand’s official website.

Share this story to let others know about the new vegan sneakers from Reebok.