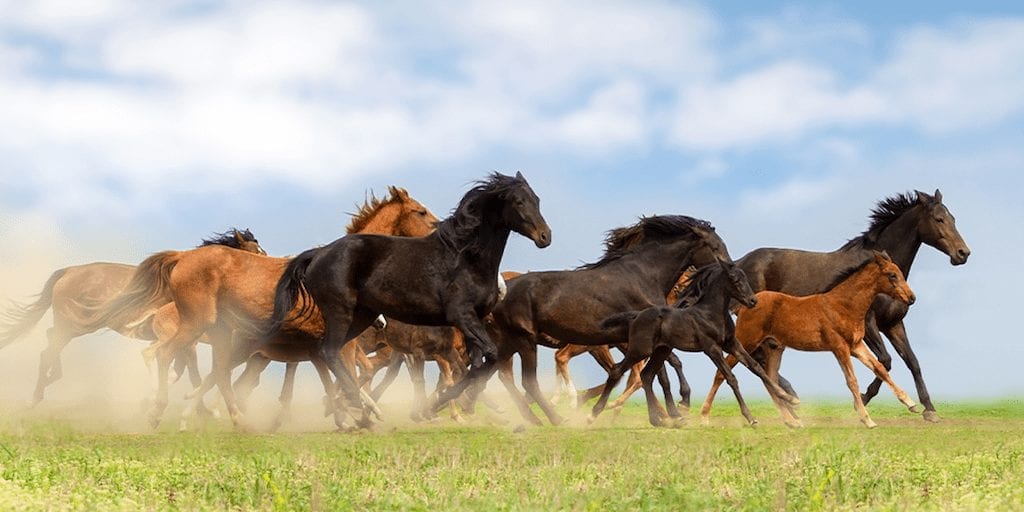 Fourteen horses have been shot in Kentucky in a horrific and unexplained mass killing.

The murders took place in Appalachia’s coal country in a remote area which is not accessible by road.

The animals were found at an abandoned coal mine in Floyd County with gunshot wounds to their heads and lung areas. Some of the horses were pregnant.

A nearby resident owned some of the horses and reported the killings to authorities. The remaining horses were free-roaming animals.

Animal welfare groups have offered a $20,000 reward for information which leads to the conviction of the perpetrator.

Floyd County sheriff, John P. Hunt, said: “I’m 30-plus years in law enforcement and I’ve never seen nothing like this.

“It’s heartbreaking to everybody. We pride ourselves on horses in Kentucky.

“I think somebody was far enough that they didn’t spook the horses and started shooting them one at a time,” he said.

The Sheriff said it appeared to be a premeditated crime. Some of the horses appeared as if they were not killed by the initial gunshot wounds and instead ‘bled out’ to death.

Kentucky is known for producing thoroughbred horses, and the story has hit the headlines across the US.

The perpetrator could be handed first-degree animal cruelty charges and criminal mischief charges – carrying up to a year in prison.

“It’s frustrating to know you could gun down 14 beautiful horses that meant something to somebody,” Hunt added.

She told the New York Times: “I’ll tell you what it looks like, a Civil War battlefield.

“You know how there’s things that you say you’ll never unsee? You can never unsee this.”

The free-roaming horses are not classed as wild animals and many may have been set free by their owners.

What punishment would be suitable for the perpetrator? Share your thoughts in the comments section below!