Greggs boss converted to veganism after watching The Game Changers 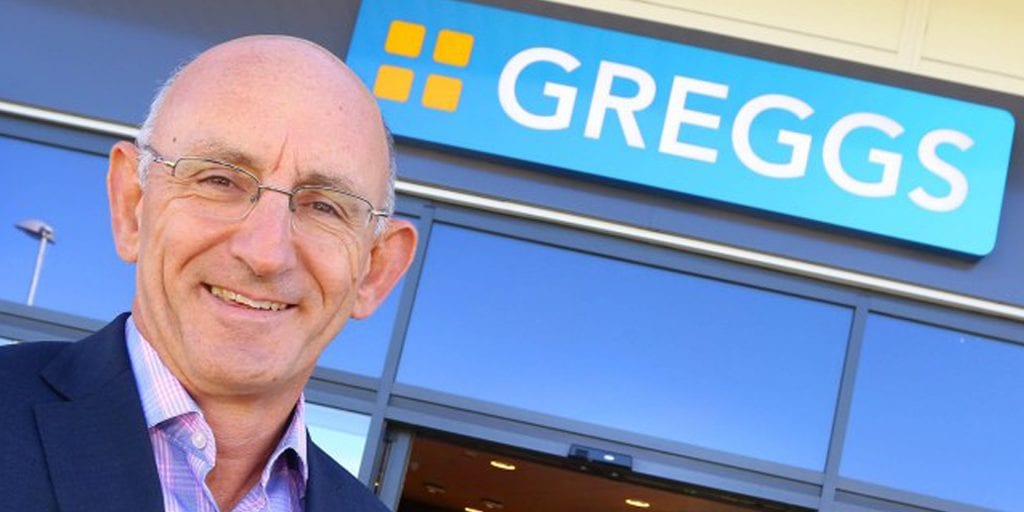 Greggs CEO Roger Whiteside has announced that he has been following a new plant-based diet to remain healthy.

The Newcastle bakery boss revealed he had ditched meat for over three weeks at an awards ceremony organised by The Journal that saw him pick up the North East Business Executive of the Year award.

Inspired by the vegan documentary, he said: “I watched it [The Gamechangers] and thought this is interesting.

“Obviously, there are arguments based around animal welfare and the environment, but this was all about the health benefits, and I thought I should give it a go.”

He added that “avoiding meat is easy,” but “avoiding milk and cheese is almost impossible.”

“If you’d asked me three weeks ago which roll I preferred I would have said the original sausage roll, but I’m now attempting to live on a vegan diet.”

“We’ve got the award-winning vegan wrap which I have quite frequently and the vegan sausage roll which I’ll have about once a week, and now we have the sweet choice with the vegan sweet mince pie,” he continued.

Greggs has since been working on developing vegan versions for all its popular products.

Recently, the Vegan Food UK group revealed on social media that “certain Gregg’s Stores in the UK are already preparing for the launch of the Vegan Steak Bake,” but the chain is yet to make an official announcement.

Many companies have launched vegan products in an attempt to tap into the rising popularity of veganism.

Around the same time, Wendy’s launched a Plantiful Burger with a pea protein patty, along with lettuce, tomato, onion, pickles, and ketchup, at select locations in Canada.

Have you watched The Game Changers movie? Tell us what you thought in the comments section below!