Lizzo celebrates 6 months of veganism: "Love yourself at all stages in your life" | Totally Vegan Buzz
Skip to content

Lizzo celebrates 6 months of veganism: “Love yourself at all stages in your life” 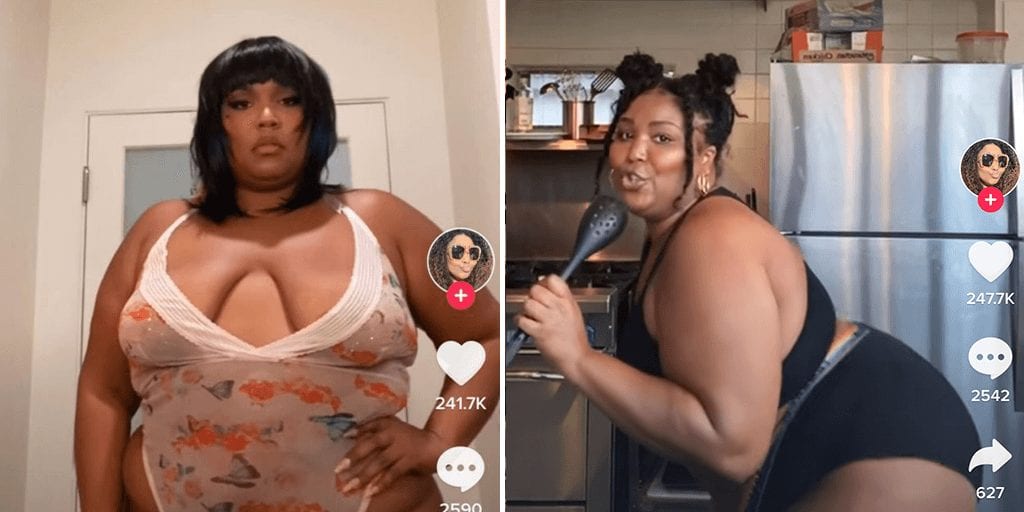 “Love yourself at all stages in your life because you are who you are.”

Lizzo has now been vegan for six months, a milestone she celebrated by posting a Tik Tok on Monday.

In her post, the 32-year-old singer, who was vegetarian for seven years, revealed that she had started ‘eating all animal products’ before going vegan this summer.

“Honestly, I am both of these women, and I cannot condemn one woman or the other,” Lizzo said.

“I’m happy both ways, and right now, this is what’s bringing me joy.”

Sharing another clip of herself dancing around her kitchen in a sports bra and underwear with a serving spoon for her mic, Lizzo added: “Love yourself at all stages in your life because you are who you are.”

Lizzo has evolved as one of the most influential figures in advocating body positivity and racial equality movements.

This October, she became the first plus-sized black cover girl to feature on the cover of  Vogue’s monthly magazine.

Taking to Instagram, Lizzo wrote: “I am the first big black woman on the cover of @voguemagazine.

“The first black anything feels overdue. But our time has come.

“To all my black girls, if someone like you hasn’t done it yet — BE THE FIRST.”

Share this story: Lizzo celebrating 6 months of being vegan says: “Love yourself at all stages in your life”