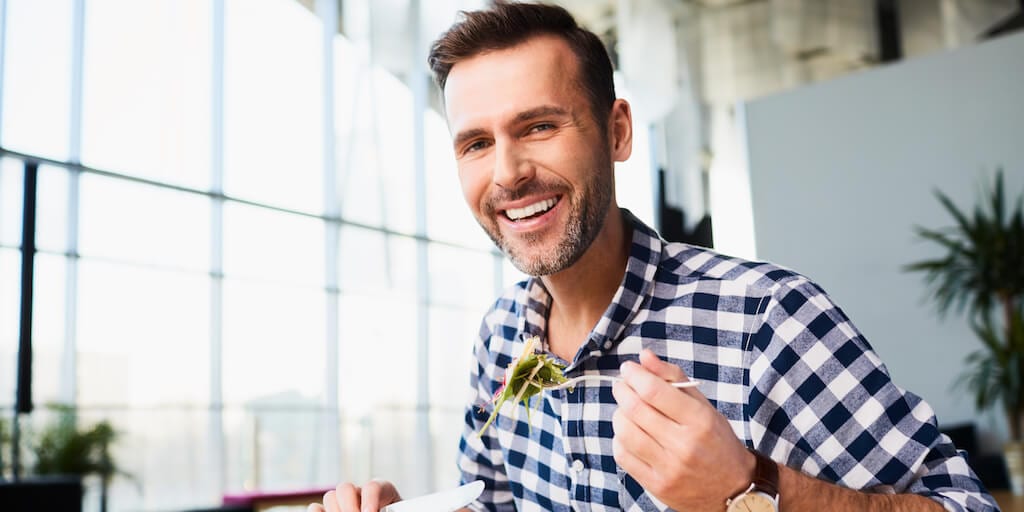 The study has shown there is no difference between the testosterone levels of vegans and meat-eaters.

A vegan diet does not reduce testosterone in men, shows new research busting long-held and potentially harmful myths about the impact of a plant-based diet on masculinity.

The study published in the World Journal of Urology came to the conclusion after evaluating ‘the association between the plant-based content of diet and serum testosterone levels in men.’

For the study, the researchers tested the blood testosterone levels of 191 men – and divided their diets into three sets: omnivorous, plant-based, and healthy plant-based to see if there was any difference in hormonal levels based on diet preferences, with readings below 33 ng/dL marked testosterone deficient.

Findings revealed no difference between the testosterone levels of vegans and meat-eaters.

“We found a plant-based diet was associated with normal testosterone levels, levels that are the same as occur in men who eat a traditional diet that includes more meat,” said Dr Ranjith Ramasamy, co-author of the study and director of male reproductive medicine and surgery at the University of Miami.

Furthermore, there were also no variations in the hormone between those who ate a healthy or “regular” plant-based diet, which includes junk food.

While Miami university study found no difference in the hormone levels of the two groups, a previous study in fact showed enhanced testosterone levels in the group adhering to a whole-food plant-based diet.

A British Journal of Cancer study, which tested  696 men (233 of whom were vegans) reported: “Vegans had 13% higher T [testosterone] concentration than meat-eaters and 8% higher than vegetarians.”

Although too much testosterone can have a deleterious impact because it leads to higher levels of IGF-I – a risk factor for certain cancers, the study also reported that: “Vegan men had on average 9% lower IGF-I levels than meat-eaters,” and  that the “relatively low IGF-I levels in vegans might reduce their risk of prostate cancer.”

Share this study to let others know of the benefits of plant-based diets on men’s health.