WATCH: Billie Eilish and Woody Harrelson say everyone should go vegan to save the climate – Totally Vegan Buzz
Skip to content

WATCH: Billie Eilish and Woody Harrelson say everyone should go vegan to save the climate 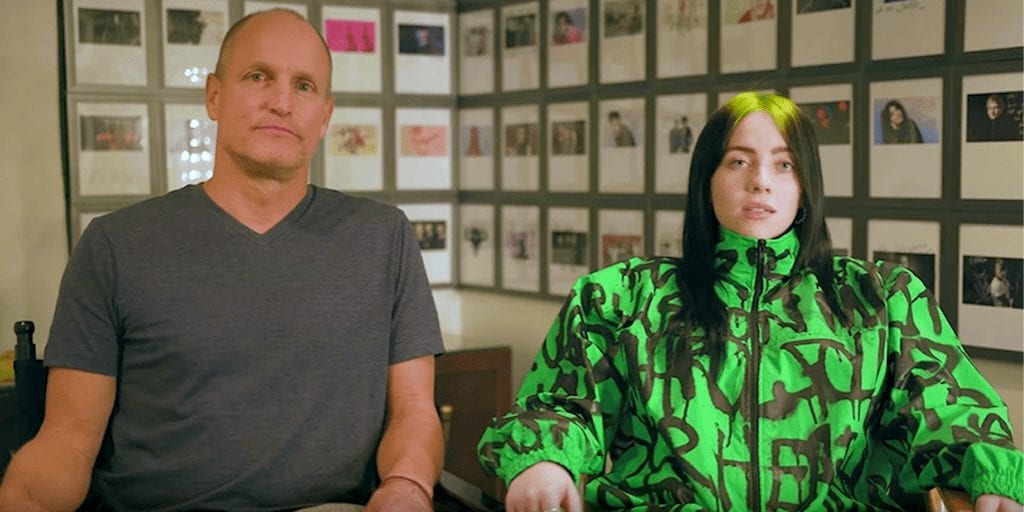 Vegan superstars Billie Eilish and Woody Harrelson have starred in a powerful video which urges viewers to ditch animal products to save the planet.

The film from Greanpeace features the two stars discussing the main contributors to climate change, and the pair demand people change their habits to help prevent climate change.

Eilish and Harrelson urge viewers to go vegan, join strikes and vote for leaders who are willing to act to reduce global warming in the video titled ‘Our House Is On Fire’.

“Our Earth is warming up and our oceans are rising,” Eilish says. “Extreme weather is wrecking millions of lives.”

“Up to 1,000,000 species are becoming extinct because of mankind’s actions and time is running out.”

The video features images of rainforests destroyed by fires, and the pair tell viewers to ‘take back power’ by ‘voting for leaders who care about the future of our planet’.

“And doing what we can to live in a greener lifestyle. Like cutting out meat and dairy in your diet and reducing plastic use,” Eilish adds.

Viewers are told to join movements such as Greenpeace or Fridays for Future to demand action from leaders.

“We are in a climate emergency,” Harrelson says. “History shows us that when enough people rise up and demand change, those in power have no choice but to act.

“We must take back power.”

Billie Eilish has been an outspoken activist since she told her fans to go vegan because eating meat is ‘ignorant and stupid’.

And this month she posted on Instagram: “TICK TOCK! our time is running out. the climate crisis is very real. we need to speak up and demand that our leaders take action. #climatestrike #fridaysforfuture @greenpeace @gretathunberg.”

How effective will Greenpeace’s video be in promoting veganism? Share your thoughts in the comments section below!