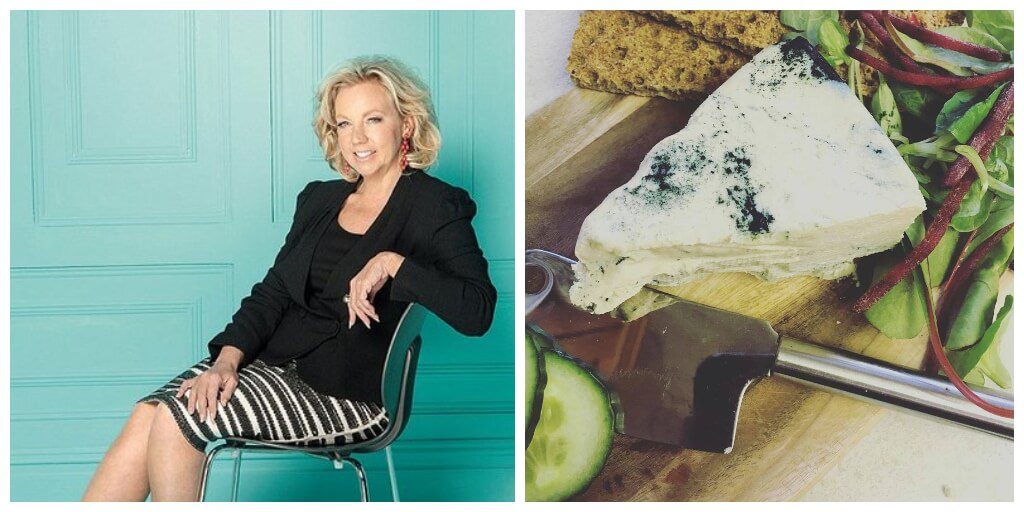 “I feel fitter and better in my soul because I’ve reduced the impact on the planet. However I miss cheese. If anyone can come up with a vegan stilton I’ll throw money at them!”

Dragon’s Den star Deborah Meaden has revealed that she wants to invest in a vegan Stilton company, the Mirror reports.

The legendary entrepreneur, who even goes by the nickname “Swampy” due to her passion for green issues, has been following a plant-based life since 2020.

While the star is ‘feelin’ good’, she does crave a really good replacement for her favourite fromage

“I am an unintended vegan,” she told the news outlet.

“I decided to do Veganuary two years ago and thought, ‘I like this and don’t want to eat meat’.

“I feel fitter and better in my soul because I’ve reduced the impact on the planet. However I miss cheese. If anyone can come up with a vegan stilton I’ll throw money at them!”

Stilton is a  classic English blue cheese made from cow’s milk. However, it gets its distinctive color, smell, and sharp flavour from the mold Penicillium.

Stilton has a rich, intense flavour. The texture is semisoft and moist or creamy, since the cheese is not pressed, and ivory yellow in colour, streaked with bluish green veins of Penicillium glaucum mold.

The cheese is aged for four to eight months, sometimes longer. In England it is traditionally served with biscuits, port wine, and fruit.

Katona’s Kreamery Coco Blue has recreated the funky European flavors of its vegan blue cheese by fermenting probiotic cultures and Roquefort molds, but its creaminess comes from cashews instead of cow’s milk.

Meaden, who is known for her interests in eco-friendly ideas, is also hosting BBC Radio’s new eco-friendly podcast ‘The Big Green Money Show’.

In the series, she talks to some of the world’s biggest business names about climate change.

She told The Sun newspaper’s Bizarre TV column: “I am going to have CEOs on from big companies talking about the environment and how we can be more eco-friendly.

“I will be doing the interviewing, but the purpose is to make it light-hearted. I wanted to do this to make a difference.”