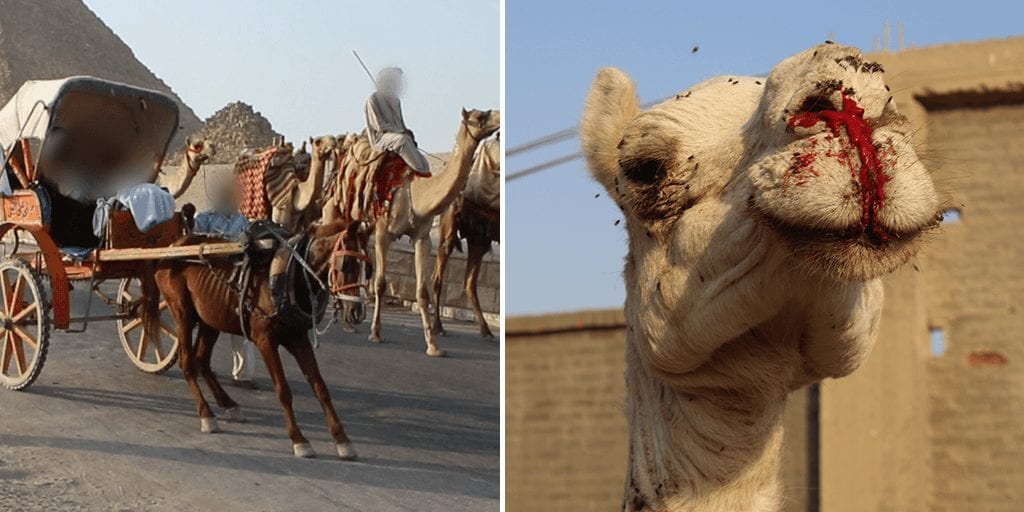 “This announcement is a huge victory for all the camels and horses who are forced to haul visitors on their backs or in carriages at Egypt’s top tourist sites in the blistering heat, without access to food, water, or shade.”

Egypt’s tourism ministry has announced plans to ban camel, horse, and donkey rides around pyramids and archaeological areas in Giza.

The decision comes following relentless pressure from animal rights charity, PETA, which also released an exposé revealing shocking animal abuse that prompted over 500,000 compassionate supporters to send letters to the Ministry of Tourism.

The vegan charity noted that tourists will now have access to electric cars and buses, sparing the helpless animals, who are “forced to haul visitors on their backs or in carriages at Egypt’s top tourist sites, in the blistering heat, without food, water, or shade.”

The investigation led by PETA Asia revealed immense suffering of these working animals. Footage captured by the representatives showed overworked and tired animals slipping and falling to the ground, as well as workers whipping their animals mercilessly, pushing them to keep going beyond the point of exhaustion.

While the plan doesn’t ban all animal rides across the country, PETA is ecstatic at the progress.

PETA is now urging Greek island of Santorini and the ancient city of Petra, Jordan, to follow in Egypt’s footsteps and stop exploiting animals for tourist rides. You can join PETA in its mission by pressuring Santorini and Petra to ban donkey and mule rides, retire the long-suffering animals, and switch to animal-free transportation.

Share this story to let others know about the Egypt tourism ministry’s decision to ban animal rides at the Pyramids of Giza.