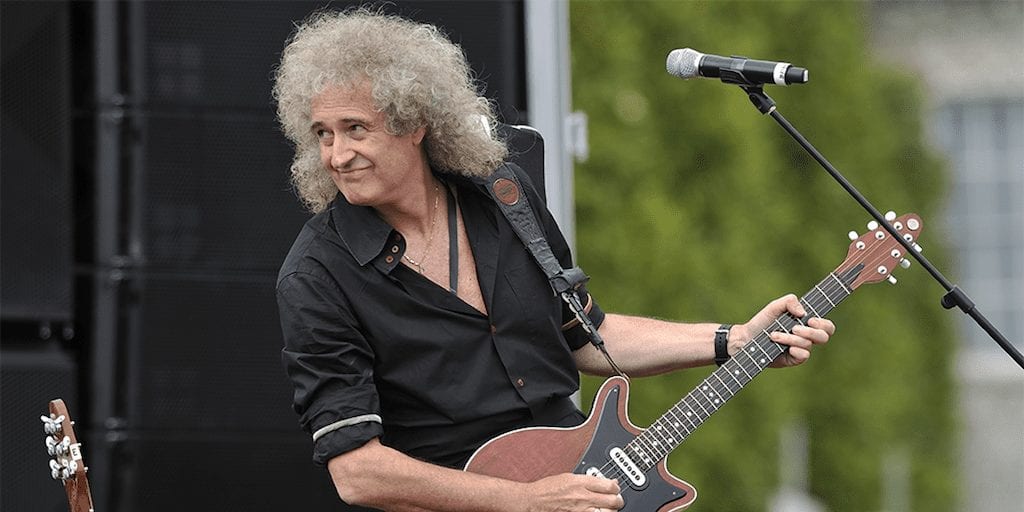 Queen star Brian May has accepted an invitation to support a humane bloodhound hunt on Boxing Day to promote cruelty-free recreational hunting.

The event has been conceptualized by Byron John, a Carmarthenshire farmer and Master of the ‘clean boot’ hunt.

As part of the humane bloodhound event, horseback riders seek out a human runner instead of a fox. In the race, the bloodhounds do not chase after animal scents and instead follow a predetermined trail left by the human runner.

Although, Mr. John’s event has been criticized by the hunting community for violating the tradition, BBC reported him saying: “We’ve been doing this for five years now and found it has worked for us.

“There’s been some criticism in the past, but I think both sides of the argument need to come together to break down the hostility.

“We (the hunting community) have to look at ways keep the sport up to date while maintaining the tradition.”

This isn’t the first time May has been associated with the event. According to him, “It’s the future of hunting in this country.”

“We’re there to learn and to give these good people some support. It takes a deal of courage to be a ‘clean boot’ hunter – they are in a difficult position,” he said.

“They are often abused by sections of the public who don’t understand that this is a purely humane activity, and of course they are routinely abused by the fox hunting set, including the Master of Foxhounds Association, who see them as a threat.

“For us, it’s an opportunity to highlight the fact that it is possible to enjoy the exhilaration of riding in pursuit, but without any cruelty to man or beast. Most of the hunt members who will enjoy this activity are compassionate riders; they would not be present if there was any chance of killing a wild animal by accident. And of course, it’s legal – there is no dishonesty, a fact which is helping to attract more and more country folk to this sport.”

May heads the Save Me Trust, an animal welfare organisation which he launched in 2010.

He actively speaks up for animal rights and has campaigned against the government’s attempts to rescind the Hunting Act of 2004. With the act in place, fox hunting is currently illegal everywhere in the U.K., apart from Northern Ireland.

How influential will Brian May’s activism be? Share your thoughts in the comments below!