Joaquin Phoenix is the vegan god the animals deserve 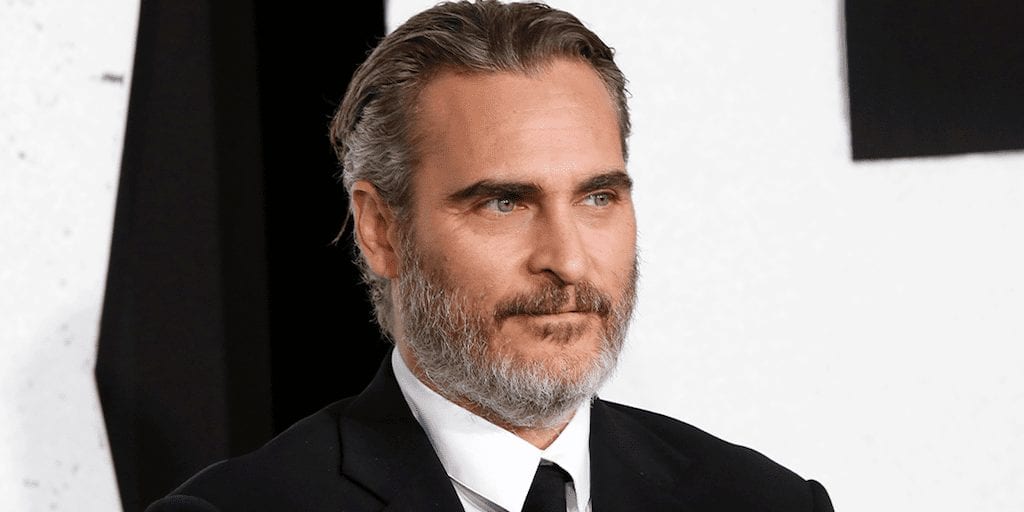 If you ask someone why they made the switch to veganism, the response will usually centre around animal welfare, their health and the environment. They’re very unlikely to say “because my favourite celebrity is vegan”, but in reality the impact of the world’s biggest stars on veganism and animal rights is huge.

Mainstream media and the meat and dairy industries relentlessly attack veganism, and attempt to portray those following a plant-based diet as a deluded, unhealthy cult.

But popular figures like Joaquin Phoenix, who was celebrated around the world for his Joker performance which broke box office records, can force people to pay attention to reality.

Phoenix is the perfect messenger – he has been vegan since he was four years old, and he never shirks his responsibilities to the animals. The actor’s approach is consistent, firm and clear, and crucially he keeps compassion at the centre of his activism.

Phoenix regularly attends animal vigils in Los Angeles to comfort pigs in their final moments before slaughter and give them food and water – perfectly reflecting a vegan message of genuine care and empathy for animals.

Posted by Los Angeles Animal Save on Monday, 25 June 2018

He tirelessly uses his platform to promote animal rights – appearing at premieres of Joker at cinemas across the US wearing a pro-vegan jumper and a cheeky grin.

This year he has stopped off to protest animal abuse on his way to accepting an award at Toronto Film Festival, featured on a massive pro-vegan billboard in Times Square and even produced a new animal rights documentary.

Like it or not, celebrities have a huge sway on public opinion. It’s easy to shrug off veganism when you have no contact with people who follow the lifestyle, but one of the world’s most popular and respected actors speaking articulately about his diet is bound to catch people’s attention.

Celebrities are at the forefront of shaping attitudes towards veganism. Arnold Schwarzenegger’s recent shift is the perfect example.

His famous quote ‘you hit like a vegetarian’ in Escape Plan in 2013 came at a time when he followed a diet packed full of meat and eggs, whereas he now focuses his nutrition on plants and has produced pro-vegan documentary The Game Changers to dispel myths about needing meat to reach top athletic performance.

The world’s top plant-based athletes such as Novak Djokovic and Lewis Hamilton have helped prove the health benefits of veganism, along with overwhelming scientific evidence.

But arguably, people’s emotional perspective on veganism is even more important for long term animal welfare.

Turning vegan can be a minefield to navigate – even today people are quick to label you a militant, deluded, unhealthy weirdo.

But in reality veganism is based on a very simple set of values about compassion, and Phoenix sums it up perfectly.

In an interview with Brut in the buildup to the Joker launch, he explained his vegan revelation when he was a child.

“Me and my siblings witnessed fish being killed in a really violent and aggressive way.

“I don’t want to force it to be indoors and fattened up just to be slaughtered. It is absurd and barbaric.

What do you think of Joaquin Phoenix’s activism? Share your thoughts in the comments section below!