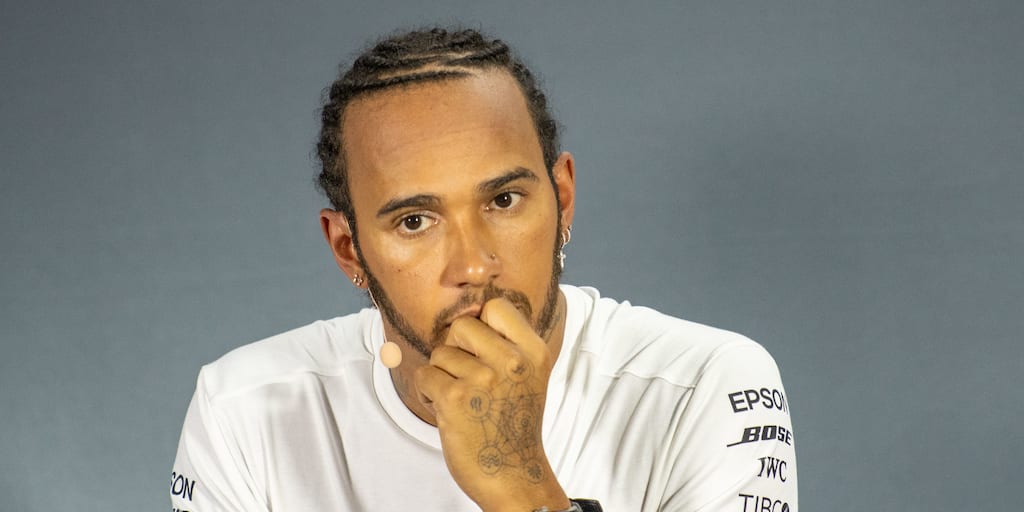 Hamilton embraced veganism in 2017 and has never looked back. In fact, he keeps advocating the lifestyle for better health and as a means to help save the planet.

Although detractors have often criticized him for his views, the vegan athlete has been firing on all cylinders personally and professionally.

In an interview with The Daily Express in Melbourne last week, the vegan athlete revealed he was feeling in great shape as he remained just one title shy of matching Michael Schumacher’s haul of seven.

“My health has just got better and better over the last couple of years as I’ve gone to the plant-based diet,” he told the newspaper.

“I’ve definitely felt the benefits from that on the health side of things and physically.”

While he admitted that he switched to a plant-based lifestyle for ethical and environmental reasons he started to reap the health benefits as well after struggling to adopt the diet in the initial days.

“I do feel a large part of the reason I have gone that way is because of the environment and for the animals,” he continued.

“It is not the easiest thing to straight away go to. You’re constantly learning about the foods and discovering more foods.

“Things that I would have never really eaten before, to give you some variability.”

Hitting back at the ones who claimed he had lost muscle on his vegan diet, Hamilton insisted they needed to research and learn some facts.

“People do think you’re going to lose muscle if you don’t have your protein.

“A lot of the time people say ‘I need my protein’, but it’s absolute rubbish. You just need to do some reading online,” he clarified.

He highlighted that he “put a lot more weight on,” last year and “trimmed down: like, cut but have more muscle,” this winter while remaining on a plant regimen.

He continued that he is now “able to lift more weight than ever done before,” and has “been able to run further” than ever before.

“That’s just enabled me to train better,” he emphasized.

‘Positive for us all’

In his interview he also pointed out that many other high-profile athletes were vegans.

“You’ve got a bunch of people out there that are doing it.

“You’ve seen it in other sports, other sportsmen and women around the world are trying these things. Serena has been working on it, and Djokovic,” he added.

In fact, Hamilton and Djokovic also co-produced the pro-vegan documentary “The Game Changers,” which aims to dispel myths about needing meat to reach top athletic performance along with other high-profile stars.

“I think it’s a positive and important way to go for us all,” Hamilton concluded.

“Not just in food, but there’s a lot of things that we all need to do better moving forward – but one step at a time.”