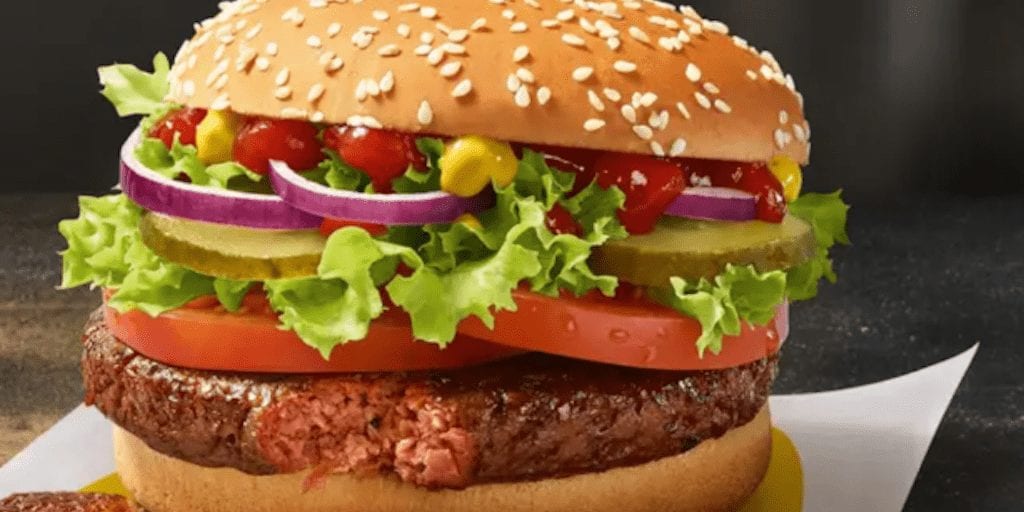 The CEO of McDonald’s has remained non-committal on the prospect of bringing out a vegan burger as the company waits to see if the ‘buzz’ around veganism will be maintained. ﻿

Steve Easterbrook admitted that the huge interest in plant-based meat alternatives is ‘not faddish’ in an interview with CNBC.

But he said the company needed to be sure a vegan product would bring new customers through the door before it launches into the market, and told any hopeful vegans to ‘watch this space’.

McDonald’s is under pressure from competitors to react to a huge surge in plant-based eating. Burger King has brought out an ‘Impossible Whopper’ while KFC is developing a plant-based chicken range to be released this year.

“The question is: Will the demand make absorbing it worth the complexity because it will drive the business? We had a similar discussion maybe four years ago about All-Day Breakfast,” Easterbrook said.

The fast food boss said bringing out a vegan burger was particularly complex as the company would need to consider grilling a plant-based patty on a separate surface to the meat version, unlike Burger King.

Meat alternatives have hit the headlines recently, with Beyond Meat’s value more than doubling to $3.8 billion on its debut on the stock market last month.

And rival Impossible Foods raised $300 million in its latest round of funding, driven by a star-studded list of investors.

“I don’t think it’s faddish,” Easterbrook reflected. “Whether it maintains the same level of buzz is what’s interesting.”

And the CEO was unsure what kind of customer a plant-based burger would attract.

He continued: “When you look at the whole meat-substitute type ideas, I think what will be interesting for us will be to see who is particularly interested in that.

“Is it an existing customer who just wants an alternative option; does it bring a new customer in?”

Would you try a McDonald’s vegan burger? Share your thoughts in the comments below!