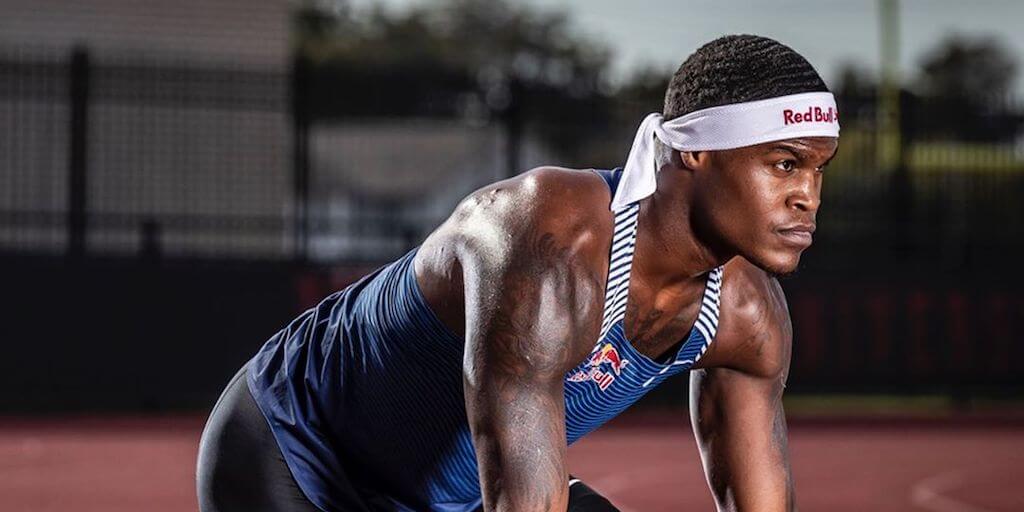 Elijah Hall, an American record-breaking sprinter in the indoor 200 meters says switching to a vegan diet has been the “best decision” he could’ve made.

In a recent Instagram post, the 25-year-old, who has been training for the recently postponed Tokyo Olympic Games said he turned vegan 3 months ago and it has had an “amazing effect” on his body.

Alongside 2 images, which showcase his physical transformation, the young athlete wrote: “Changing my diet was the best decision I could have made.

“The decision to become vegan was very challenging and I made this change about 3 months ago.

“The effects that it’s having on my body is amazing. Becoming a plant-based athlete has open many doors to my health and my training. We On A Mission.”

According to Hall, his new plant-centric diet has given him more energy, better quality of sleep, and an overall sense of feeling light, both on and off the track.

The 2018 NCAA National Champion also reposted an Instagram Story from The Game Changers movie, a pro vegan documentary that explores the merits of a purely plant-based diet for top athletes.

The movie has been inspirational for many like Hall.

For Graham Hutson, a keen amateur cyclist and Thai boxer, “It pretty much happened overnight,” speaking on his decision to go vegan after watching the movie.

“I have a lot more energy. I feel more alert, more awake. Especially with boxing, after five rounds of sparring I notice how much energy I’ve got,” he said.

“I feel lighter, more active, more energy. It could be psychosomatic, but I don’t think it is. My trainer has noticed the difference, and I’m keeping up with the fastest people on bike rides.”

The movie has not only inspired athletes; recently, American supermodel Hailey Bieber told her 2.8 million followers, she is eating ‘mostly’ plant-based and was going to watch The Game Changers. She also asked her fans for suggestions of other things to watch or read to help her on her plant-based journey.

Share this story: Sprinter Elijah Hall tells fans going vegan has been ‘the best decision’ ever