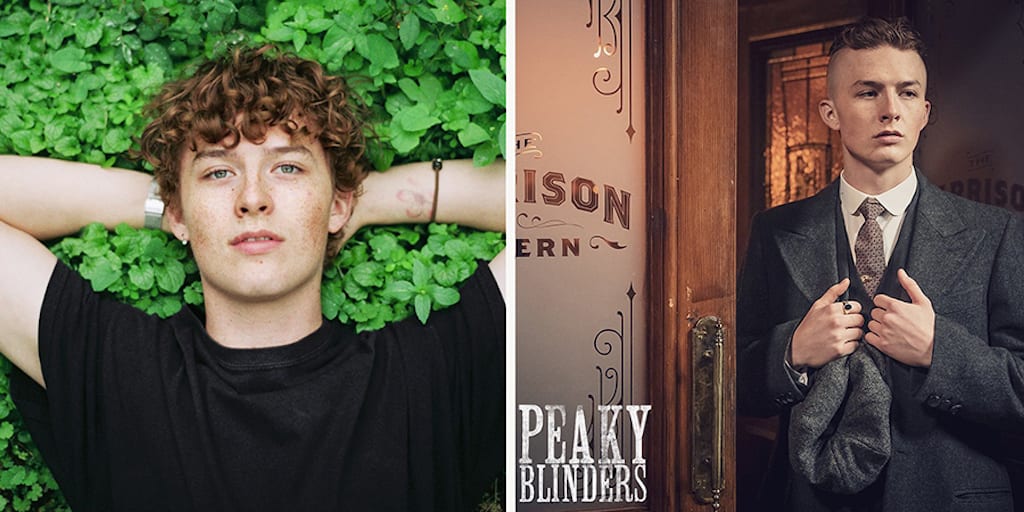 Harry Kirton may look convincing in the role of Arthur Shelby Jr’s son Finn who develops a massive cocaine habit in the hit crime drama, but his real life is in stark contrast.

A self professed vegan, Harry told Metro.co.uk, “I have a lot of passions that aren’t just acting. I like to write, I’m vegan, I’m working at a vegan cafe because I love what they’re doing. I want to eat good food, and I want to talk to people.”

“I still do part-time work, you know, I like to keep in sync with the world that we live in because acting is a very… you know, you’re pretending a lot and your headspace is in this area and that.

Kirton has been acting since the age of 13, but rather than becoming a full-time actor, the young star of the hit BBC One show enjoys serving coffee in a Shoreditch café.

Working in a vegan café serves two purposes for Harry; he gets to prep for his upcoming scenes by observing people, and it keeps him grounded much to his father’s delight.

“My dad always keeps me in check. I don’t live with him and we have a great relationship, but they always keep me in check,” he admitted candidly.

Let us know your thoughts in the comments below!