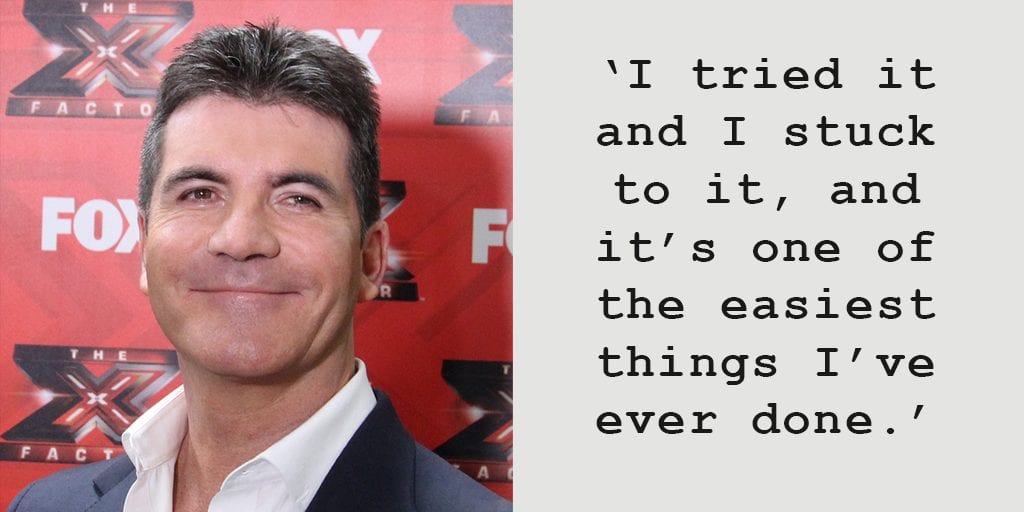 Simon Cowell has attributed his newfound fitness levels, energy and wellbeing to his plant-based diet.

The X Factor star is enjoying his newfound health after transitioning to a plant-based diet in April ahead of his 60th birthday this year.

Since turning vegan, the star has lost a stone and is feeling energetic enough to ‘keep up’ with his young son Eric.

Speaking to reporters at the ITV Palooza, Cowell said: “My memory’s better, my energy’s better. And when you’ve got a five-year-old you’ve got to be able to keep up with them because the minute they’re awake they’re all over the place.

“So I was conscious of the fact I have to keep up with him energy-wise, and someone recommended this as the way to go. I tried it and I stuck to it, it’s one of the easiest things I’ve ever done.”

After a fall in 2017, Cowell started considering the implications of his unhealthy lifestyle, which included alcohol, cigarettes and erratic sleeping habits.

He also had multiple food allergies and decided to drop meat, dairy, wheat and sugar on a doctor’s recommendation.

Simon recalled: “I went to see this doctor in London. We did some tests. And then a month later he said, ‘You have the worst diet I’ve ever met from any patient.’

“It was easier than I thought, and part of the reason I did it was because of Eric. I realised if I didn’t sort myself out physically, I wouldn’t be able to catch up with him,” he added.

Cowell has admitted that he has not only lost weight but also sleeps better and is more focused with his new eating habits.

“If I was on a one to ten scale of being handsome, I was an eight and now I’ve gone to an 11,” claimed the music mogul.

A recent survey of 3000 UK adults by international healthcare group Bupa Health Clinics revealed that people in their 40s and 50s are consciously leaning towards healthier diets.

Elsewhere, a survey by consulting agency Cultivate Insights on eating habits in the US indicated that 48 percent of adult participants said they had ditched meat and dairy meals for plant-based alternatives between April 2019 and July 2019.

What benefits have you observed since going vegan? Share your stories in the comments section below!