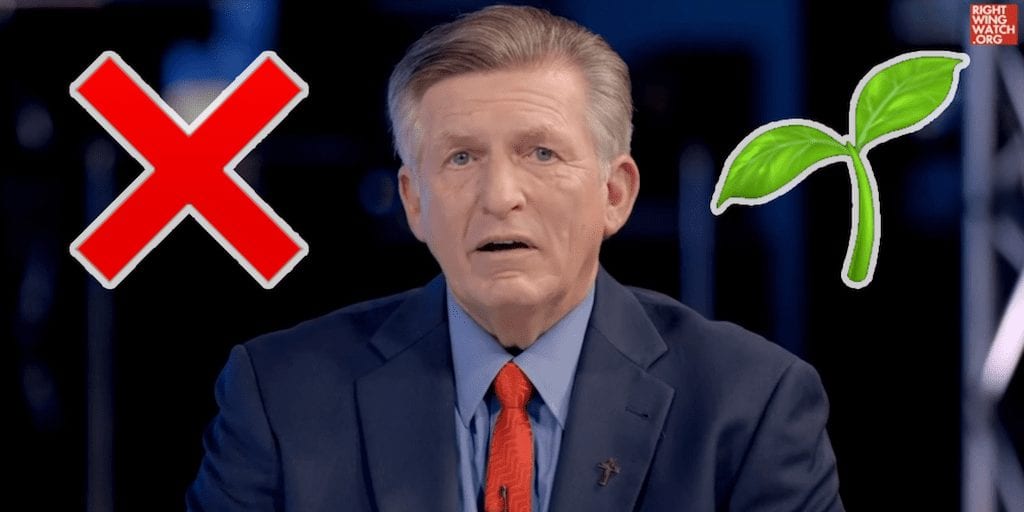 Christian TV Host Rick Wiles has warned viewers that vegan meat companies are out there to alter human DNA in order to wipe out humanity and replace it with ‘soulless creatures’.

The world may hail the rising vegan trend as a switch to a healthier life, a positive environmental influence and a step towards animal welfare, but some believe it’s a conspiracy against the human race.

Pastor Rick Wiles is the host of TruNews, a television “news” program for conservative Christians. He is often in the news for his controversial, outrageous and bizarre claims.

Earlier this year, he hosted a segment in which he set out to expose the ulterior motives of vegan meat companies who, according to him, are surreptitiously working with Satan to modify human DNA so that people are robbed of their souls and become incapable of worshipping God.

On the show, he said: “When you go to your favorite fast food restaurant, you are going to be eating a fake hamburger.

“You’re going to go to the grocery store and buy a pound of fake hamburger or a fake steak, and you won’t know that it was grown in some big corporation’s laboratory. This is the nightmare world that they are taking us into. They’re changing God’s creation. Why? Because they want to be God.

“God is an environmentalist,” he argued.

“He takes this very seriously. He created this planet, he created the universe and he’s watching these Luciferians destroy this planet, destroy the animal kingdom, destroy the plant kingdom, change human DNA. Why? They want to change human DNA so that you can’t be born again. That’s where they’re going with this, to change the DNA of humans so it will be impossible for a human to be born again. They want to create a race of soulless creatures on this planet.”

The health benefits of a balanced vegan diet is overwhelmingly supported by scientific research.

What do you think of Rick Wiles’s theory? Share your thoughts in the comments below!